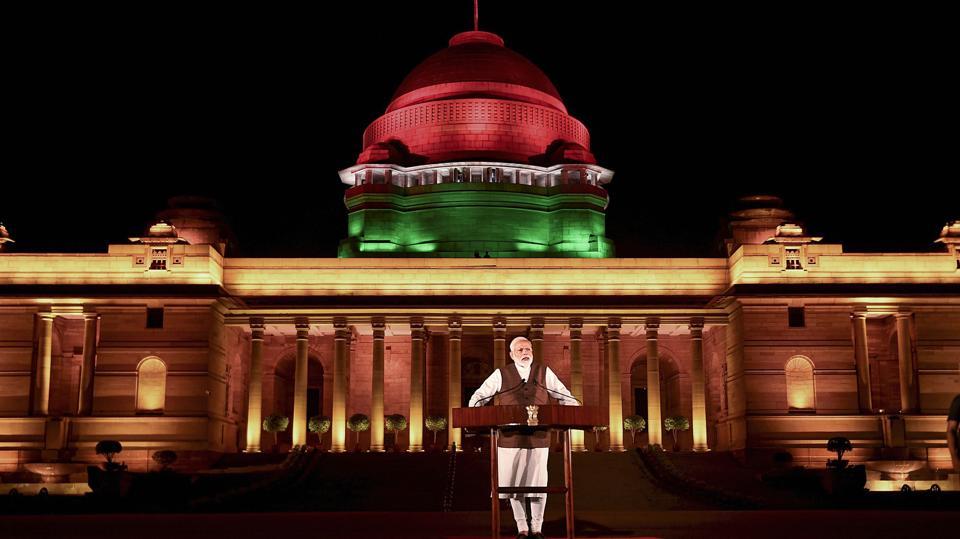 President Ram Nath Kovind will administer oath of office and secrecy to Prime Minister Narendra Modi and his council of ministers at 7 pm on Thursday.

“The President will administer the oath of office and secrecy to the Prime Minister and other members of Union council of ministers on May 30 at 7pm,” said a communique from the Rashtrapati Bhavan.

President Kovind had appointed Narendra Modi as Prime Minister on Saturday, minutes after leaders of the 40-member national coalition NDA called on him after electing the PM as the coalition’s leader.

Standing at the forecourt of Rashtrapati Bhavan, PM Modi said that his government wouldn’t waste a moment to get down to work for the people. “President today gave me a letter designating me as the Prime Minister… The country has given me a huge mandate and the mandate comes with the expectations of the people,” Modi had said.

The BJP-led NDA swept the Lok Sabha elections winning 349 of the 542 seats for which polls were held and garnered almost 45 per cent of the votes across the country.

05/26/2019 India Comments Off on PM Modi, council of ministers to take oath at 7 pm on Thursday
India