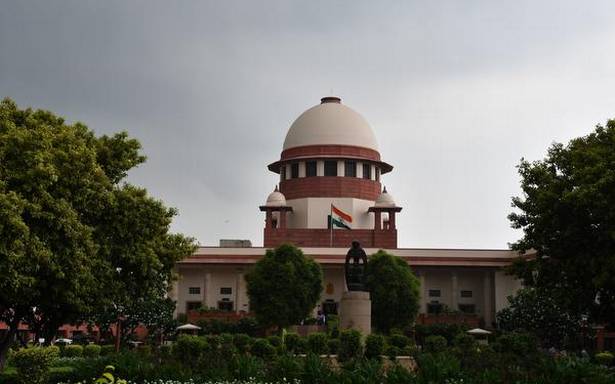 The PIL suggested the appointment of a Committee to enact a Conversion of Religion Act to check the “abuse of religion”.

A PIL has been filed in the Supreme Court seeking directions to the Centre and States to control black magic, superstition and religious conversion through gifts and monetary benefits.

The plea filed by advocate and BJP leader Ashwini Kumar Upadhyay has also sough directions to ascertain the feasibility of appointing a Committee to enact a Conversion of Religion Act to check the “abuse of religion”.

“Religious conversion by ‘carrot and stick’ and by ‘hook or crook’ not only offends Articles 14, 21, 25, but is also against the principles of secularism, which is integral part of basic structure of Constitution.

“Petitioner states with dismay that the Centre and States have failed to control the menace of black magic, superstition and deceitful religious conversion, though it’s their duty under Article 51A,” said the plea filed through advocate Ashwani Kumar Dubey.

Alleging that the government has failed to take any concrete action against the menaces of the society, the plea said the Centre may enact a law with minimum imprisonment of 3 years that may extend up to 10 years and a hefty fine may be imposed.

Additionally, the Centre may empower the National Human Rights Commission to deal with the affairs of religious groups and keep a check by carrying out an in-depth analysis of religious discrimination among them, it said.

The PIL has also sought directions to the Law Commission of India to prepare a Report on Black Magic, Superstition and Religious Conversion within three months.

“Petitioner submits that the population explosion and the religious conversion by “the carrot and the stick” is a national problem hence Centre must enact a strong and effective population control law and anti conversion law on top priority.

“Due to population explosion and deceitful religious conversion, Hindus have become minority in nine States and UTs and the situation is worsening day by day,” the plea said.

04/01/2021 India Comments Off on Plea in SC seeks directions to Centre, States to stop forced conversions and black magic
India