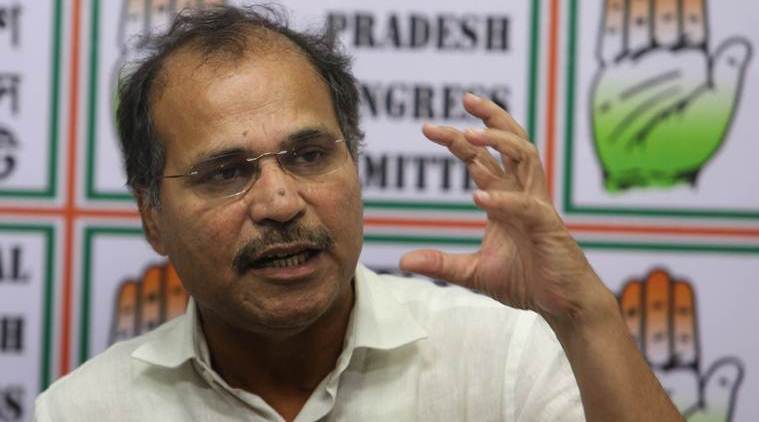 There was a need for grassroots and regional leaders with potential, said leader of Congress in Lok Sabha, Adhir Ranjan Chowdhury, adding that there was no weakness at the top. Months after the exit of Jyotiraditya Scindia and amid a full-blown rebellion by Sachin Pilot in Rajasthan, there is a fresh churning in the Congress. CWC member and Leader of the party in Lok Sabha, Adhir Ranjan Chowdhury, speaks with The Sunday Express about the state of affairs in the party and the way forward. Excerpts from the interview:

What is happening in the Congress? You must have learnt about the debate at the meeting of Rajya Sabha MPs convened by Sonia Gandhi on Thursday?

In politics, reality has to be accepted. Our party needs energy, which is lacking now. If we can’t energise our workers, digital (campaigns) and press briefings will not give desired results. We raise every issue – we leave no stone unturned to raise issues; and it is a fact that no one else critiques (Prime Minister) Narendra Modi the way we do. But we have to move from digital (campaign) to practical, which means we should create energy in the grassroots worker.

It is a fact that we have not been successful in energising our grassroots worker. As Napoleon said, “An army cannot march on empty stomach.” Political workers should have ideological and political fodder. We are not able to provide them that. We are raising the right issues but it is not permeating.

Why is that happening?

Because there are weaknesses in our organisational structure. Our organisational infrastructure should be well-oiled and well-structured. Our grassroots workers are not being able to disseminate (among people). So we are lagging in gaining people’s confidence and bringing them to our side.

Our electoral and political outcomes will not improve until people start believing in us.

What is the reason for this organisational weakness?

There had been a decay. We were in power for long – for 10 years (of UPA) – so we have become weak in developing grassroots leadership. Regional parties have also emerged (in recent years), and at many places our people joined regional parties. So there is a big gap. There is a need for grassroots and regional leaders with potential. There is no weakness at the top.

So is the Congress now confined to social media and press conference halls?

Most of the work we are doing is through social media – Twitter and digital platforms. I used to suggest during my interactions (that) we have to first hit the street. Without being on the street we cannot expect the desired outcome.

What about rivalry between old and young leaders in the party?

That is propaganda. The Congress is a melting pot of various ideas. When we are accommodating pluralistic ideas can we not accommodate people of different age group? This is bogus (the old vs young debate). The experience of the older generation and the energy of the young have to be combined – it should not be experience versus energy.

Some ambitious young leaders perhaps believe the Congress may not return to power soon. My advice to them is, it is going to be a long battle against the BJP. We will be living in a fool’s paradise if we believe we will get instant results. We will have to prepare ourselves for the long haul. We cannot expect immediate and instant results according to our wishes.

But we see friction at times.

That is a bit of an exaggeration. This kind of bogey could have been raised by some segment of our party but it is exaggeration. My argument is that experience and energy have to be blended together. Which party does not have leaders from old and young generations? In Indian society, we respect the older generation, and the young have the responsibility to take care of them. That is our society’s dharma; and parties are not outside the society.

Political psychology is not detached from social psychology. There is a need for white hair, grey hair and black hair.

How do you react to the exit of Jyotiraditya Scindia and the rebellion by Sachin Pilot?

Their attitude is to grab everything quickly. There is no dearth of educated people in the Congress…in fact, among mainstream political parties, the Congress has the most number of educated people. The party made Scindia and Pilot leaders; they are not magicians. Who used to recognise Jyotiraditya Scindia before the death of Madhavrao Scindia? No one used to recognise Sachin either before the death of Rajesh Pilot. What is their identity? That they are sons of Madhavrao Scindia and Rajesh Pilot.

And what was the identity of Madhavrao Scindia and Rajesh Pilot? Their identity was that of Congress leaders.

So they (Sachin and Jyotiraditya) have inherited (legacies); they are scions. When they were made MPs weren’t there competent leaders in their constituencies? Of course, there were…there is no dearth of talented people. But they came to the priority list because they were the sons of Madhavrao Scindia and Rajesh Pilot.

Have they (Sachin and Jyotiraditya) ever fought on the ground? Police ki danda khaye hain (have they taken blows of the police baton)….have they ever gone to jail? When Congress workers were fighting to build the party, were getting thrashed by police, these people were studying in Oxford and Stanford. So when they got tickets, they didn’t realise that there were many seniors – friends of their fathers, who fought a lot (for the party), are experienced, and the ticket should go to them…. (Did they think) that I am young; I will become an MP later? Didn’t that thought cross their mind?

Is their exit linked to the leadership uncertainty at the top?

Sachin was in Rajasthan and Scindia in Madhya Pradesh. Who stopped Sachin from showing his might in the Lok Sabha elections? One (Scindia) fought and lost to his former PS. If you are such a strong and capable leader how did you lose to your PS? Sachin harvested the anti-incumbency mood (for Assembly polls). Had there been no anti-incumbency you would not have come to power in Rajasthan, because when the Lok Sabha elections took place a year later you did not get any seat.

What could you give to the Congress? You were the state unit chief then also, what was your contribution? Is this all Rahul-ji’s (Gandhi) fault?

You said the party’s message is not reaching the ground. Is this due to the confusion at the top?

That the Congress does not have a leader, does not have a president…these our internal issues. But some vested interests and some media people are more concerned about it than all of us (in the party). They are trying to mislead everyone. Is Rahul-ji not active? He is issuing statements every other day. What else should he do?

What we should do is to create competent district and regional leaders. Take Karnataka, for instance. The person who has been made the (state unit) president (D K Shivakumar) is strong (leader) and has the potential. Had he been made president earlier we may not have lost our government (in the state). We should find strong leaders and instal the right person in the right position. Our problem is with selecting leaders.

08/02/2020 India Comments Off on ‘(Pilot, Scindia) want to take a lift up 10-floor building, not stairs’: Adhir Ranjan Chowdhury
India