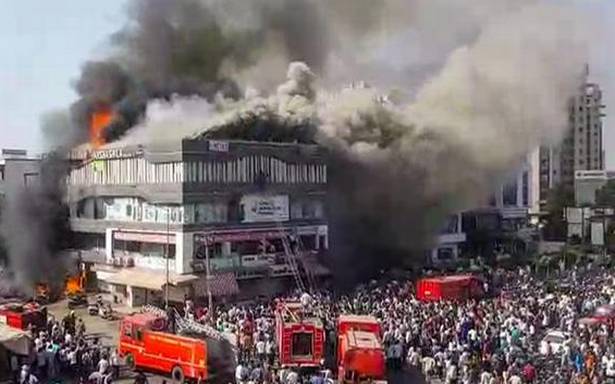 The mushrooming of coaching classes has led to a “parallel education system”, the petition says.

A petition has been filed in the Supreme Court to direct the government to issue a direction to regularise private coaching institutes by laying down regulations to provide for minimum standards for their operation.

The petition filed by advocate Pawan Prakash Pathak comes in the wake of the tragedy at Surat in Gujarat where 22 students lost their lives in a fire at a coaching institute.

It sought to protect the fundamental right of students by framing a guideline or passing directions to the department concerned to look after the safety measures that needed to be adopted by these coaching institutes.

The petitioner argued that private coaching institutes should follow the minimum standards of operation.

The mushrooming of coaching classes has led to a “parallel education system”, the petitioner contended. But these institutes largely remain unregularised and are not governed by any rules or statutes.

The regularisation of private institutes, aspects such as basic facilities, fees, and safety measures, would have to be in consonance with the guidelines.

“There will be initial resistance to all the new regulations, curtailing the freedom that coaching classes are used to up to the present but after the initial teething troubles, the petitioner is of view that regularization of coaching classes will create a better scenario for the students, their parents and the those who run the coaching classes," the petition said.

“With the increasing peer pressure, majority of parents are forced to rely on private tuitions for in addition to attending classes in school. Over 86% of parents think that they are ill-equipped or lack time to teach their children on their own and here’s where coaching classes come handy according to various reports and newspaper cuttings. The statistics reveal that the middle-class parents have been spending 1/3rd of their monthly on their wards’ private tuitions," the petition said.

The PIL quotes ASSOCHAM’s figures to say that "a whopping number of close to 87% of primary school children and up to 95% of the higher secondary attend private coaching classes”.

The petition said the institutes fall within the ambit of performing a public function under Article 12 of the Constitution.