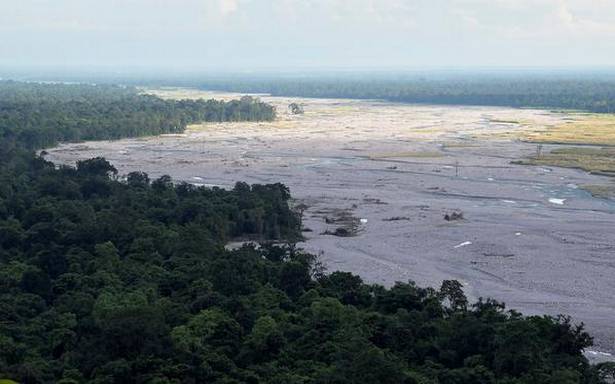 Regional party says over 100 projects have not been commissioned yet

The People’s Party of Arunachal (PPA) has slammed the BJP Government in the State for not taking any action against power developers who failed to commission hydroelectric projects despite deadlines set in the memoranda of agreements.

The PPA, the only regional party in Arunachal Pradesh, has asked the Pema Khandu-led government to review the status of these power projects and take action accordingly.

“Not even one of the 143 power projects for which deals were signed has taken off, in total disregard of the terms and conditions that specified their date of start, date of completion and date of commissioning. The deadlines have exceeded many years but there has been no follow-up action from the government,” Kaling Jerang, the party’s secretary, said.

The PPA said the State Government collected a huge revenue as “upfront money” from the power developers during the signing of the agreements.

“In spite of information sought through RTIs, the government is yet to give the details on the ₹14,000 crore collected as upfront money. The government has also not provided any feedback to various organisations,” Mr. Jerang said.

The party also alleged that the hydropower developers used the pact documents to borrow money from the banks in India and abroad and augmented their own businesses with the money collected without investing a single paisa in hydropower development in the State.

“The money collected from the power developers was not deposited in the State exchequer. All the rivers and streams in the State will remain mortgaged unless a bold step is taken over the impending crises,” a party spokesperson said.

He said all the hydropower agreements were carried out in total violation of the Forest Rights Act, which clearly states that valid clearances should to be mandatorily obtained from the competent district authorities, legislators, panchayat leaders at the grassroots level and all the primary stakeholders.

“The required consent was not taken into consideration for almost all the power projects and many of the agreements were allegedly signed outside the State without any proper verification,” the spokesperson said.