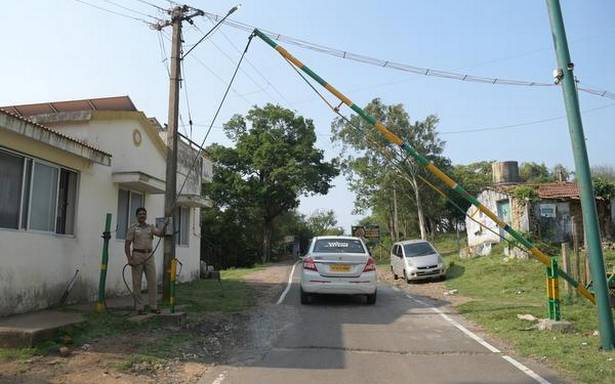 The fee exemption has been granted as, due to the lockdown in Karnataka, the check-post in Punajanur is closed

Following representations from politicians, farmers and the public, the Forest Department has started allowing the people of Talavadi to use the 23 km Dhimbam – Talamalai forest road without paying the vehicle entry fee, from Saturday.

Though Talavadi is located in Tamil Nadu, vehicles need to traverse 15 km through roads in Karnataka, including the Dindigul – Mysuru National Highway 948, to reach Talavadi. Since the lockdown came into effect in Karnataka, the check-post at Punajanur in Karnataka was closed and vehicles were not allowed to proceed towards Talavadi.

The Talamalai Road that passes through Sathyamangalam Tiger Reserve (STR) is allowed only for people of six hamlets located inside the STR from 6 a.m. to 6 p.m. every day. Since the Punajanur check-post was closed, buses and vegetable-laden vehicles were allowed to pass through Talamalai Road to reach Talavadi after paying the fee at the forest check-post at Dhimbam that comes under Talamalai Forest Range of Sathyamangalam Division.