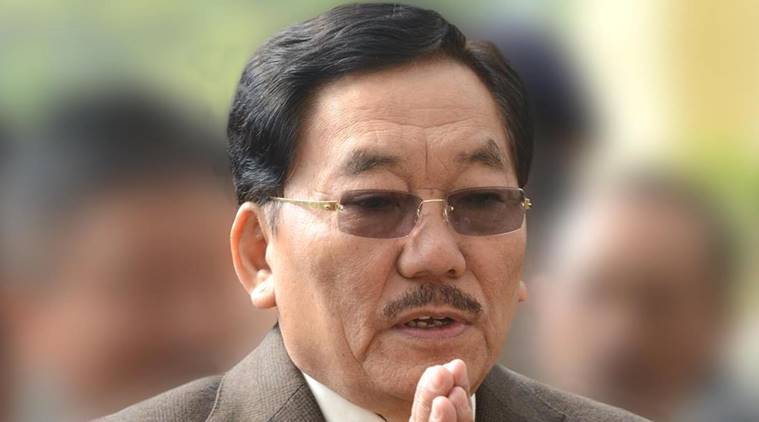 Outgoing Chief Minister and Sikkim Democratic Front president Pawan Kumar Chamling Sunday said the people of the state have not rejected the SDF altogether in the Assembly elections, but given it a different role to sit in the opposition.

“I respect the mandate given by the people of Sikkim to the SKM and to the SDF to sit in the opposition,” Chamling told reporters while vacating the official residence of the chief minister at Mintokgang here.

Chamling was the chief minister of Sikkim since December 1994.

He said that the people have not rejected the SDF altogether, but given it a different role that is to sit in the opposition which we will discharge with full commitment.

Chamling vacated his official residence at Mintokgang here and left for his home at Gurpisey in Namchi town in his native district, South Sikkim.

Hundreds of SDF workers and his supporters took out a motorcade rally and travelled with Chamling’s vehicle right upto his Gurpisey residence more than 100 km away.

The outgoing chief minister was seen waving to his waiting crowd at the roadside enroute to his journey towards Namchi.

Earlier, a large number of supporters had gathered at Mintokgang since early morning to bid a tearful farewell to the former Chief Minister after meeting him one by one since the morning.

Many a women were seen to be weeping as they trudged out of the Chief Minister’s official residence after meeting Chamling.

Speaking to the reporters for the last time from the official residence where he lived for 24 and a half years, the 68-year-old SDF supremo said that he respects the mandate given by the people of Sikkim to the SKM and to the SDF to sit in the opposition.

Chamling was also given a guard of honour by the Sikkim Police at Mintokgang before he left the place for the final time.

05/26/2019 India Comments Off on People of Sikkim have not rejected SDF but given it a different role: Chamling
India