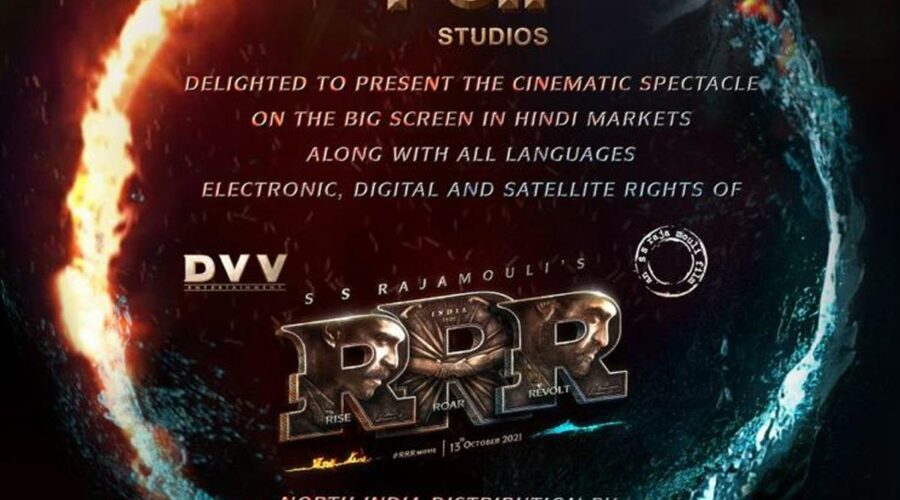 Magnum Opus RRR is turning many heads. The movie’s shooting is happening at a very brisk pace and now the movie is making stunning business deals all over. We have already seen Lyca Productions bagging the Tamil distribution rights of RRR for a huge price. Now, making all the speculations true, Bollywood’s popular production and distribution house Pen Studios has made it official that they have bagged the Hindi distribution rights along with Non-theatrical rights of all the languages.

It is one hell of a deal as the production house has shelled out a huge amount that is never heard before in Indian Cinema. Directed by SS Rajamouli, RRR marks the collaboration of top Tollywood heroes Ram Charan and NTR in real-life hero characters of Alluri Seetha Ramaraju and Komuram Bheem respectively.