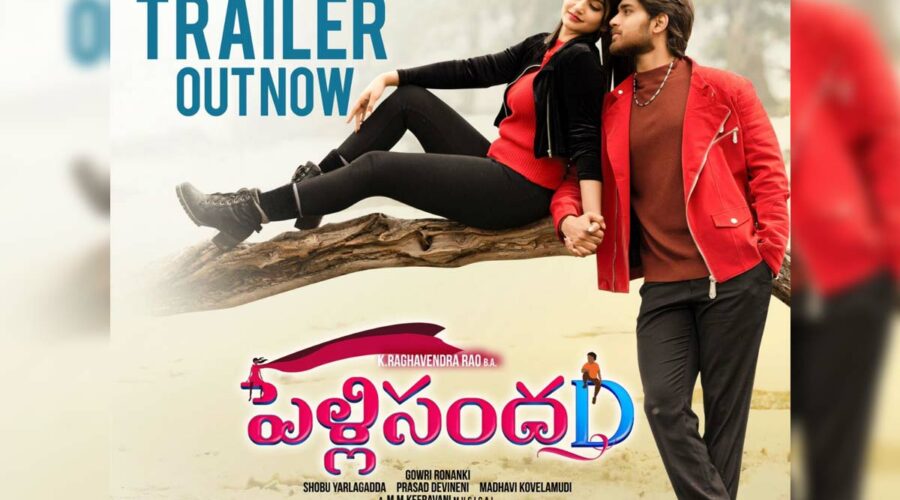 Today morning Telugu superstar Mahesh Babu took to his Twitter to launch the trailer of upcoming Telugu film PellisandaD which has Srikanth son Roshan in the lead role. Maharshi and Sarkaru Vaari Paata actor said, “Extremely happy to launch the trailer of  Raghavandra Rao garu’s silver screen debut PelliSandaD. Wishing him and the entire team all the very best for its release!”  The trailer showed us a glimpse of Roshann and Shree Shree Leela’s romantic love story. There are also few awesome fight sequences, the few glimpses of the lead actor’s love tale make the trailer interesting. The glimpse of the family drama mixed with romantic love tale and emotions. The PellisandaD trailer also gives a glimpse of Raghavandra Rao.

Apart from the lead pair, the film also has Rajendra Prasad, Posani Krishna Murali, and others in the crucial roles.

PellisandaD is a romantic family entertainer which has Roshan and Sree Leela in the lead roles. Gowri Ronanki has directed the movie, where Prakash Raj is playing the role of antagonist.

The trailer of PellisandaD leaves no one in doubt that the shades of K Raghavandra Rao’ hits are vivid.  The romantic drama is jointly  produced by Madhavi Kovelamudi, Shobhu Yarlagadda, and Prasad Devineni, and it has the music by Keeravani. Choreography is handled  by Sekhar VJ.