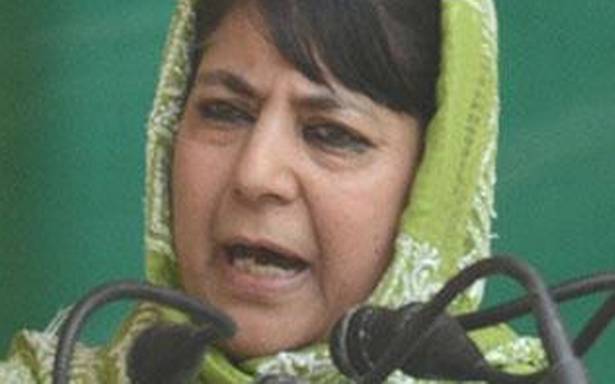 The Peoples Democratic Party (PDP) on Tuesday hinted at being open to a grand alliance in J&K ahead of the Assembly elections “to safeguard J&K’s special status”.

“A coordinated political initiative was needed to restore the political authority of people of the State and protect the core interests of J&K,” PDP’s chief spokesman Rafi Ahmad Mir said. “The party is open to coordination and reaching out to safeguard J&K’s core interests,” he added.

Mr. Mir said party leaders had expressed apprehensions over the onslaught on the special status of J&K. “The onslaught is multi-dimensional. Every attempt is being made to politically disempower the citizens of J&K,” he asserted. “Efforts are being made to create a vertical political split in order to choke and curb regional aspirations.”

The PDP move to seek an alliance in J&K is significant as Assembly segment-wise data on the recently concluded Lok Sabha polls suggest a hung Assembly.

The PDP has hit its lowest level in two decades, as figures suggest the party was leading only in four assembly segments in south Kashmir out of 16. It had 11 MLAs from south Kashmir in 2014 .