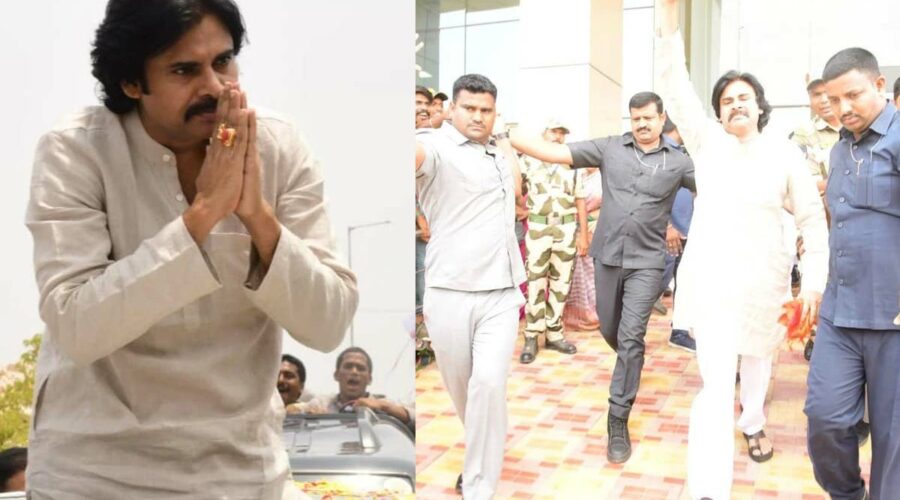 Jana Sena chief  and actor Power Star Pawan Kalyan is currently touring various districts of Andhra Pradesh, offering his condolences to the families of those farmers who  ended their lives by committing suicide  in the last three years, and paying Rs 1 lakh compensation each to 130 families. Recently JSP chief visited the united district of Anantapur and West Godavari and today  he visited Kurnool district.

According to the latest report,  Power Star Pawan Kalyan received a grand welcome a Orvakal Airport, Kurnool today. His followers gathered at the airport to see him and made a beeline to take selfies with him. Now, a video is doing rounds  in which Power star Pawan Kalyan has seen stepping out of the airport and being mobbed by his fans and the followers.

All political parties in AP have made political plans and have opted to move forward in advance of  2024 General Election.