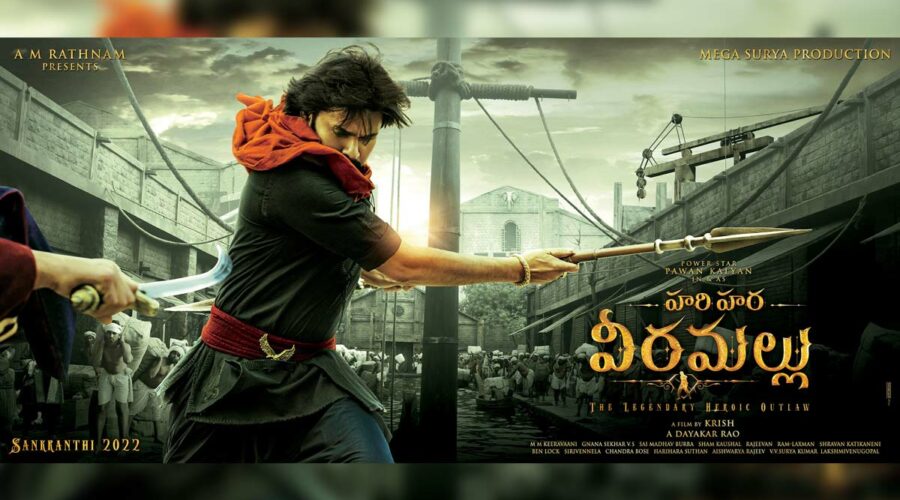 It is known news that Power Star Pawan Kalyan starrer upcoming movie with director Krish Jagarlamudi has been titled Hari Hara Veera Mallu, which has ismart Shankar fame Nidhhi Agerwal as the leading lady.  The period drama Hari Hara Veera Mallu takes place in the 17th century and  Gabbar Singh star Pawan Kalyan will be seen in a new, heroic avatar  and will also be seen performing stunts. Currently, a huge Charminar set is being built in 150 acres in Hyderabad for the shoot of Pawan Kalyan starrer and the shoot at this set will be commenced from 27th March.

Hari Hara Veera Mallu has the music by MM Keeravani and it is being bankrolled by A Dayakar Rao under the banner of  MegaSurya Production  whereas Gnanasekhar is handling the cinematography.