🔴 A spike in demand recently saw thermal power plants running out of coal. Partha Sarathi Bhattacharyya, former chairman and managing director of Coal India, explains important issues around the present and the future of the sector. 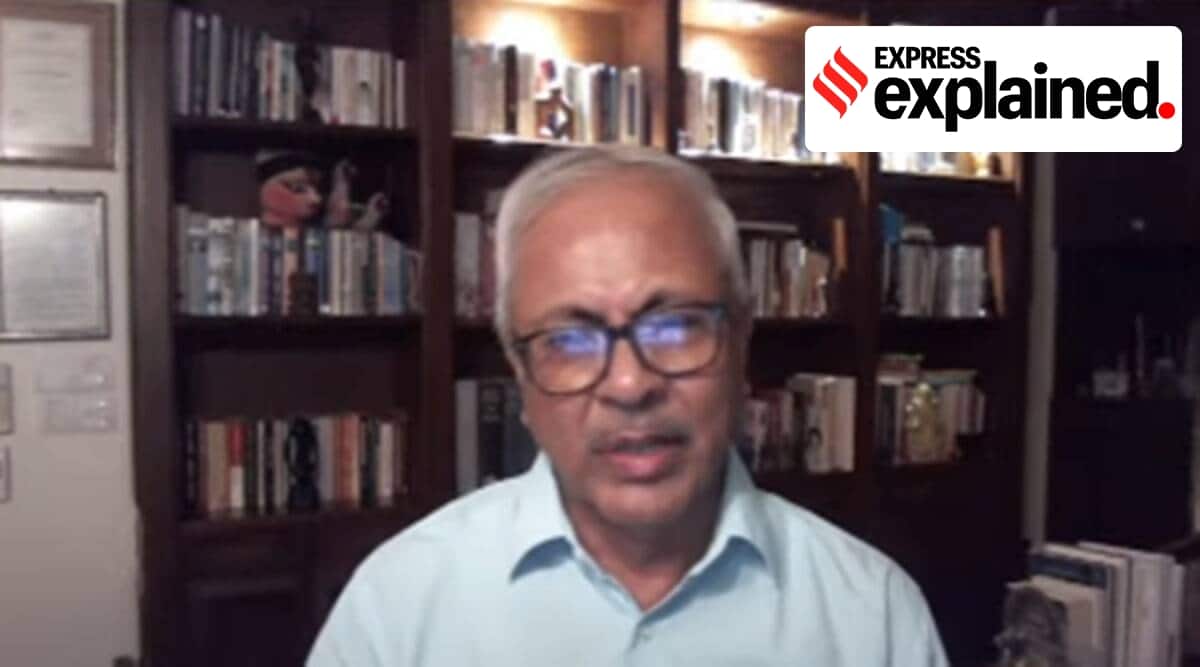 A spike in demand recently saw thermal power plants running out of coal, which is still the predominant source of energy in India. What structural issues led to the crisis? Given the global push for renewables, what is the future of coal in India? Partha Sarathi Bhattacharya, former chairman and managing director of Coal India, explained some important issues around the present and the future of the sector. Edited excerpts:

On the recent shortage of coal for thermal power plants:

The problem of coal shortage during the monsoon months is not uncommon. That has happened in the past. Two factors have made it different this time. One is the very sudden increase in thermal power consumption. From the 5-6 per cent growth that we have been managing over the last many years, we suddenly find a 9-10 per cent kind of growth — 17-18 percent over the same period of 2019 — so that is a little bit of a spike. Two, which is perhaps a bigger problem, is that about 20-25 per cent of the coal used is imported, and prices have suddenly shot through the roof. That was primarily because of imports by China, and if China sneezes the world will have fever. Prices went upwards and there was a halt in imports that were supposed to come [to India]… That added to the domestic coal demand, and the demand-supply gap.

Also, the roots of the crisis lie three-four years in the past. A sort of complacency had set in, thermal power plants were witnessing PLFs (plant load factors: ratio of energy produced to generating capacity) as low as 52, 53, 54 per cent. They were finding it difficult even to service their debts. But they had no choice, because renewable [energy] was given a priority in offtake… Power stations were merit order dispatch [in which] an absolutely excellent, top-class power station at a distance may not find its place just because of the transport cost. And the Indian transport cost, particularly the railway tariff, is completely out of the system and the highest in the world… The thermal power circuit has continued to work at a low PLF…because coal is being pushed on them [and] they don’t seem to be very keen on paying for coal in time. The stock that they were supposed to maintain, they left it on Coal India…

On the Coal India side, with a 1 per cent degrowth for two successive years, stocks went to record highs, rising by 25 million tonnes… In that kind of situation, Coal India is neither in a position to enforce cash-and-carry nor to bring sense into the whole system… When a jerk comes, a complacent system takes time to react. That broadly is the reason for what happened. But fortunately, the bad period is behind us, the monsoon is over. We are in the good months. And the coming 4-5 months are going to be good.

On preventing other, similar crises in the future:

CEA (Central Electricity Authority) is prescribing the number of days stock; CEA can have a regulatory mechanism to see that the particular stock is maintained.

(Thermal) gencos should pay for coal in time; it is basically a cash-and-carry system. Just because coal is easily available it is being thrust on you [even though] you don’t need that coal, is not a very favourable thing. The discoms (distribution companies) should be able to realise the market price for whatever power they sell — and whoever needs to be subsidised should be subsidised by the state budget. As long as you don’t move into this kind of a model, the problem in some form or the other will keep on coming.

On the stagnation in output faced by Coal India:

The demand of coal for the power stations is very critically determined by one factor, and that is PLF. The average PLF of the country is languishing at 52-53 per cent for the last three years and no sensible effort has been made to improve it, even though do so would have several positive consequences.

Number one, it leads to financial stability in order to do debt servicing and keep some margins, etc. Second, the incremental cost you are incurring is only the variable cost of coal; that is the cheapest source of power, and by not allowing the PLF to increase, we are not tapping into the cheapest source. And this actually should be able to address the affordability issue, which is critical, because we are a low per-capita-income country.

We have seen PLFs of 79-80 per cent in 2007 and 2008. Now it has dropped; we have created capacities that we are not utilising. As a result, we are actually denying ourselves low-cost power. We should take the PLFs of existing power plants as high as possible.

Coal companies will have to have adequate extra capacity built into the system [so] they can move certain things… For example, when the demand was low, actually they did, and that’s the reason they have been able to manage this [situation]… They did advance shipping, more of overburden, kept a certain amount of coal exposed, didn’t produce, but they could fall back upon that coal during this crisis… As a result, they have been able to achieve an off-take growth of about 19 per cent over last year, drawn from stock as well as from production. 15-16 million tonnes of extra production has happened during this period as compared to last year…

On diversifying into areas like solar energy and fertilisers:

If the demand from the power sector is not going to come up — this year is different, but the last three years that was the situation — and the company has to grow, then where does that coal go?

For that coal to be used effectively, one way could be coal gasification, alternative use of coal. We have always used coal as a fuel for power, we have never considered the feedstock character of coal, that coal can also be a feedstock for producing chemicals, fertilisers, ammonia… We are very strongly married to the power sector [but] now the marriage is breaking, power has other partners, renewables are coming in. So therefore, coal has an opportunity, other kinds of avenues. I think that is the right thing to do for coal India. But at the same time…coal to chemicals, coal to ammonia, and ammonia to fertiliser is normal… China does it, South Africa does it, and it’s a good thing to do because all these items are import-dependent…

Also, I would say solar is for everybody. Anybody can get into solar, and solar is definitely a complement to energy. Coal will eventually get phased out, [but] the company will have to continue…, so [it] will have to take a strategy of diversifying into various areas, which are not unrelated but it makes sense where you have returns, where you can build core competence…

On the impact of high dividend payouts to the government:

If there is no demand, then creation of capacity becomes sunk cost at least till demand recovers. Coal India is a reasonably debt-free company and has immense debt-contracting capacity if it really wants to do something fast, but during that period, what do you do with the resources that you generate? The biggest shareholder is the government; [when] the government takes a call that it wants to use this money for something, you can’t always say no, but if you have clear plans of investing money in your projects, definitely you should put it to the government…

I don’t think CIL has really suffered very heavily because of money being taken out. But at the same time, the dividend payout has to be within the norms of the company law. It cannot be more than the distributable profits for the year, the payout ratio should be reasonable. If you are giving a target of the company going to 1 billion [tonnes of coal production] you leave some money, even if the company doesn’t have clear plans for that…

On carbon capture to make coal use more palatable:

The best thing that Coal India can do is to help or support low-emission power generation. For that what it should be doing is washing its coal, and today we don’t have the washeries of yesteryear where a huge amount of water was consumed. Today we have western-class washeries where water consumption is just incremental. The initial water you put in and then you require only some incremental top-ups… They are power-efficient, water-efficient, yield-efficient, so we should try to promote these technologies… We don’t have too much good coal [and] with open-cast mining, that coal becomes further bad, so washing is the only solution.

On the future of coal in India as the world pushes for renewables:

If India has to develop it has to have more power, it has to generate that power, and that is not possible without depending on coal. Coal has to be there, particularly for the base load. Now tomorrow, let us say storage costs come down (a lot). And solar plus storage is the cheapest. Even in that situation, how much share of the total requirement can solar meet, even if the share increases, the power demand also increases faster? If you ask these questions I’m quite sure you will come to the conclusion that much of this will have to be borne by coal, and that’s the reason coal-based power will have to continue for quite some time in this country.