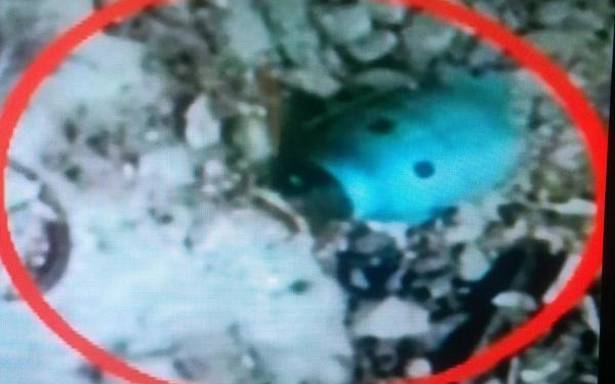 Panic ensued after a metal object, which looks suspiciously like the order casing of a grenade, was found at KSR Central Station in Bengaluru on Friday morning.

Bomb disposal squad was called in, and after inspection, the object was declared as a non-explosive.

Alok Mohan, Additional Director General of Police (Railways), said the object was found by a Railways employee outside the Patna-bound Sanghamitra Express at around 8.30 a.m.

"We don’t know yet for certainty what this object is. The CCTV cameras on the train is not functional, and we will investigate what the object is and how it has come there," said Mr. Mohan.

According to a statement from South Western Railways, the Railway Security Control reported at 8.45 a.m. that a hand grenade was found near the trolley path on platform one, following which the area was cordoned off.

The statement said that senior Railway Officers including Divisional Railway Manager, Bengaluru has reached the spot. The search operations was led by Divisional Security Commissioner.

The train movement proceeded as normal, except for those on platforms one and two. After thorough checking, these have been restored as well, said the Railways statement.

The grenade was handed over to the bomb disposal squad. Railway workforce has been put on alert. Intensive checks at the entrance, platforms, train coaches and parcel office are being conducted.