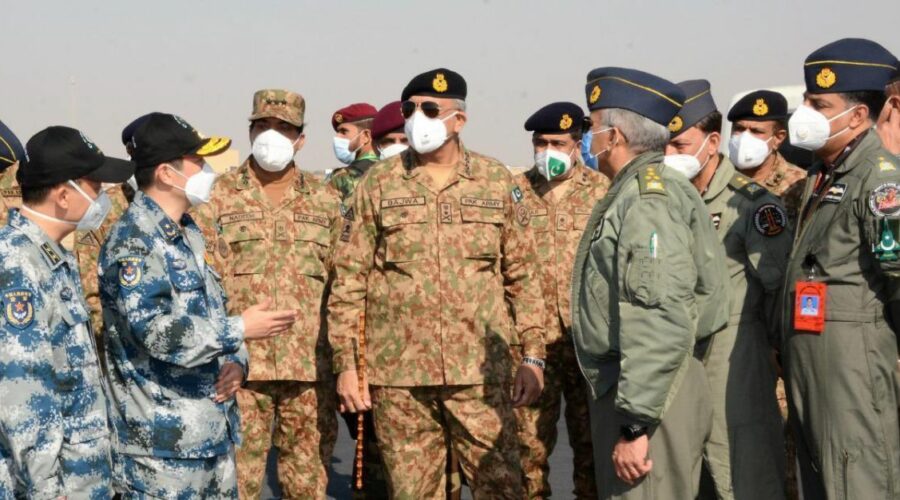 ‘There is a sense of realism in the Pakistan army that if they needled India during the Ladakh standoff, they would have seen a strong retaliation.’
‘Pakistan was hoping that India would come out looking weaker in the region and get embarrassed, but that obviously has not happened.’

“Earlier, the LAC remained calm and LoC was active. Now with the LAC also active, there will be a rethinking whether activity along the LoC can be controlled so as to focus more on the LAC with China,” he tells Rediff.com‘s Archana Masih in the concluding segment of the interview.

What do you think was the motivation behind a sudden ceasefire on the LoC? And will the ceasefire hold?

With the ongoing standoff at the Line of Actual Control with China, I would imagine there would have been some thinking about having two active borders with two neighbours, coupled with India’s strategic and economic considerations.

Why do you think Pakistan didn’t utilise the Ladakh standoff to needle India as many had warned Rawalpindi GHQ would do?

There is a sense of realism in the Pakistan army that if they needled India during the Ladakh standoff, they would have seen a strong retaliation.

I also think Pakistan was quite happy to have China do the heavy lifting and not take any risks of their own.

Pakistan was hoping that India would come out looking weaker in the region and get embarrassed, but that obviously has not happened.

In retrospect, Pakistan must be probably happy that they did not try to any adventurism.

The military has always maintained China as India’s main adversary. However, a lot of political attention has been on Pakistan because the feeling was that India could handle China politically, diplomatically and economically.

After the ongoing standoff, there has been a realignment of forces from the western border to the northern borders.

For example, it has already been announced that one of our strike corps will shift towards China. That shift has already taken place, both in terms of changing force levels and the thinking among the military and political establishment.

We need to start looking at China more seriously.

So it would be in India’s interest to have a peaceful Line of Control if it has to handle the uncertainties at the Line of Actual Control?

It makes no sense to have two highly active borders. It is better to have one calm border so that you can look at the challenges on the other border more seriously.

Earlier, the LAC remained calm and LoC was active. Now with the LAC also active, there will be a rethinking whether activity along the LoC can somehow be controlled, so as to focus more on the LAC.

What is your personal reading of General Bajwa? Is he in the mould of General Musharraf?

I really don’t know General Bajwa or General Musharraf to make any personal assessment. But General Bajwa does appear to be more amenable to peace than his predecessors.

I wouldn’t know if his sentiment is shared by all his senior generals and his successor. We cannot predict with any degree of accuracy if this sentiment will endure for 3-6 years.

As far as the Pakistan army is concerned, we could say that they are a competent and combat capable force.

Is the LoC ceasefire and General Bajwa and Prime Minister Imran Khan’s conciliatory overtures also a reaction to India’s very muscular policy against Pakistan under this political dispensation?

Yes. The current government is more ready to take risks. It has taken strong actions against Pakistan particularly, air strikes etc, which must have triggered a rethink in Pakistan.

Prime Minister Modi won his second term on his aggressive posture against Pakistan two years ago. Why would he risk his domestic appeal by changing his hardline position with Pakistan to talking peace?

I don’t think agreeing to a ceasefire with Pakistan is going to significantly alter Mr Modi’s domestic appeal. He has made an outreach to Pakistan even in the past. Countries base their policies on what results are being achieved and the existing geopolitical realities.

Having no talks and guns booming across the LoC is not achieving any great results as far as India is concerned. Governments are responsible for their populations living on the border who suffer enormously because of the firing on the LoC.

The political leadership must have taken the decision seeing that the complete breakdown in diplomacy and constant fighting on the Line of Control had not achieved any results.