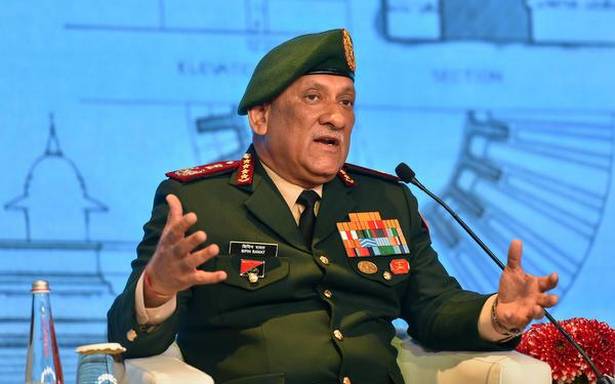 Pakistan on January 18 condemned the statements of Indian Chief of Defence Staff General Bipin Rawat where he suggested deradicalisation camps for radicalised youths in the Kashmir Valley and a concerted effort to tackle terrorism globally.

Speaking at the Raisina Dialogue 2020 in New Delhi, Gen. Rawat, in a clear reference to Pakistan, sought diplomatic isolation and blacklisting by anti-terror watchdog FATF of countries sponsoring terrorism.

The Chief of Defence Staff also said girls and boys as young as 10 and 12 years were being radicalised in Kashmir.

Condemning Gen. Rawat’s statements, the Pakistan Foreign Office said, “These remarks are reflective of the extremist mindset and bankrupt thinking that have evidently also permeated the state institutions of India.”

“Pakistan has consistently sensitised the world community about India’s malicious campaign in this regard. We expect that the FATF members would reject these Indian machinations,” the FO said.