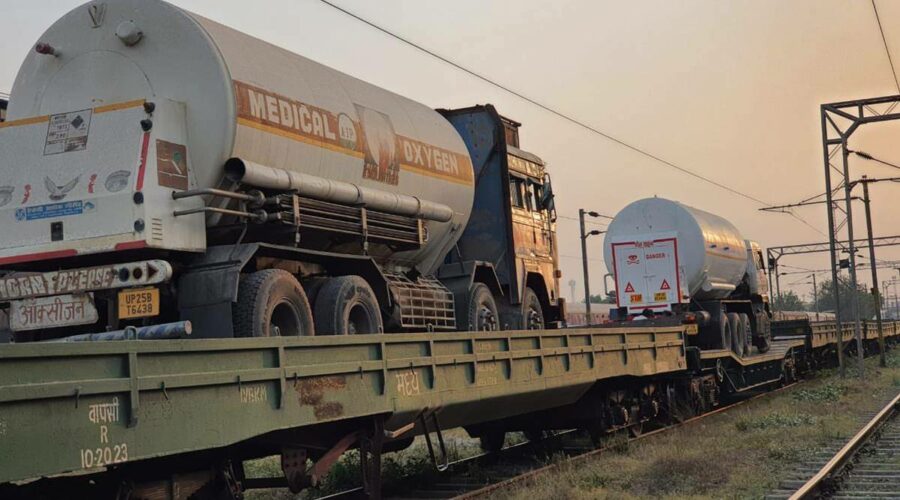 Roll-on-roll-off trucks are being transported on flat wagons by the trains for quick supply of medical oxygen. In view of the high demand for oxygen in the country following a record spike in coronavirus cases, the railways has decided to run ‘Oxygen Express’ trains to transport liquid medical oxygen and oxygen cylinders across the country.

Roll-on-roll-off trucks are being transported on flat wagons by the trains for quick supply of medical oxygen.

“Two trucks of medical oxygen arrived in Lucknow around 6.30 am while one truck was offloaded in Varanasi. Each truck has a capacity of containing 15,000 litres of medical oxygen,” Additional Chief Secretary (Home) Awanish Kumar Awasthi told PTI.

He said both the trucks may be used for Lucknow and a decision will be taken soon.

The train arrived from Bokaro in Jharkhand.

“The arrival of two trucks of medical oxygen will meet around half the demand of Lucknow for Saturday. The state capital will now be in a better position,” Awasthi said.

The railways on Wednesday had said it will run its second Oxygen Express to Uttar Pradesh after a request was received from the state government.