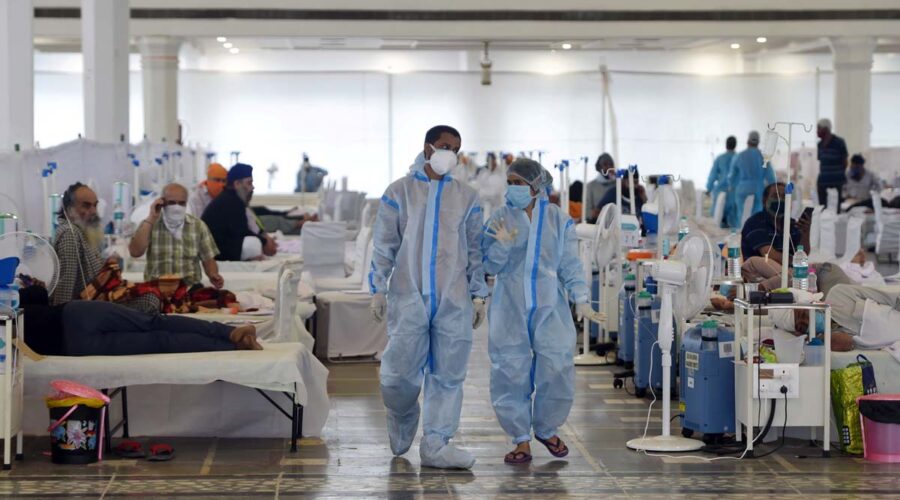 ‘Both the Centre and the states cannot say that they have been taking good care of public health.’

One topic being debated the world all over in the pandemic is the waiver of patents of Covid vaccines so that vaccines could be manufactured wherever it is possible and made available to everyone.

When the US, the UK and most European Union countries are for a temporary patent waiver, Germany is against the very idea.

Of course, the pharmaceutical companies are also not in favour of parting with the Intellectual Property Rights of the vaccine they have developed.

One person who was opposed to the idea waiving Trade-Related Aspects of Intellectual Property Rights, or TRIPS, was Bill Gates whose Foundation is involved in supplying vaccines to many poor countries.

Gates’s comment opposing the transfer of IPR was, ‘There’s only so many vaccine factories in the world and people are very serious about the safety of vaccines. So moving something that had never been done, moving a vaccine from say a J&J factory into a factory in India, it’s novel. It’s only because of our grants and expertise that it can happen at all,’ drew severe criticism all over the world.

This made the Bill and Melinda Gates Foundation issue a statement reversing what Gates said.

One vocal critic of what Bill Gates said was the Rashtriya Swayamsevak Sangh-affiliated Swadeshi Jaagran Manch, the members of which organised protests in Delhi.

We saw the second and third waves of the pandemic happening in the UK and Europe. Yet India did not plan for it though many scientists had been warning about multiple waves.
Would you say this lack of preparedness is the reason behind what India is facing right now?

It is not just in India, but many countries all over the world, were not prepared to deal with these waves.

In the case of India, the Centre has been warning the states since January about an outbreak coming, but for one reason or the other, the states did not get ready for a second outbreak.

How can the Centre abdicate responsibility now?

I am not saying the Centre has abdicated its responsibility but they have been warning the states.

In a federal government, it is also the responsibility of the states to prepare themselves. It is a joint responsibility, rather.

And, the reality is that the second wave is more severe and lethal that you require more hospitalisation, more ICU beds and more oxygen. But the public healthcare system has collapsed completely..

We have been talking about this for quite some time.

All these facilities require expenditure by the government.

So, both the Centre and the states cannot say that they have been taking good care of public health.

I am not talking about covid alone, but healthcare at large.

Covid has exposed the deficiencies in the system…

Covid has exposed the deficiencies in Italy and other European countries too.

But the degree of exposure is much more where expenditure is less.

Though human resource in India is far higher, unfortunately, humans cannot replace machines wherever they are needed. 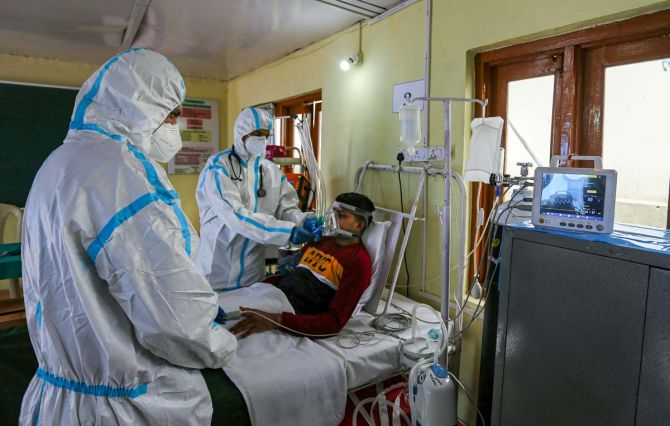 It is said that people are dying not because of covid, but because of lack of oxygen and ventilators….

Nobody had imagined that we would require this much amount of oxygen, nobody had anticipated such a severe situation.

It is easy to blame each other. But the time is for everybody to sit together and discuss how to deal with this calamity.

But what about the responsibilities? Nobody talks about that. Are the states not on their own in fighting the virus now?

It is not just that. Even within the states, the local bodies are the sufferers as the state is in control of the finance. We are seeing that in Delhi.

Covid has taught us a lesson; that instead of blaming each other, we should learn to cooperate in matters like these.

Can the Centre wriggle out of its responsibility now that the covid situation has gone out of everybody’s hands?

See, now everybody is learning. You don’t see these problems where the same parties are in power in both the Centre and the state.

The problems are occurring where different parties are in power at the Centre and the state.

That’s why we are saying there should be a commission to design future course of action whenever situations like these occur, when we face any natural calamity.

I am not talking about this pandemic alone.

Today, there is no Planning Commission to recommend grants from the Centre to state. We only have co-operative federalism.