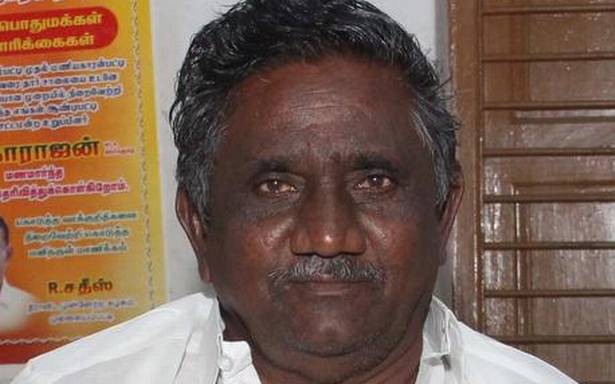 The AIADMK has emerged victorious from Bodinayakkanur Assembly leaving the remaining three constituencies to its rival DMK.

The counting of votes, which commenced at 8 a.m., went on past 10 p.m. as the Election Commission of India had imposed many restrictions due to the covid-19 pandemic.

Though the results have shown that it was a straight contest between the two Dravidan majors, the presence of Makkal Neethi Maiam, Naam Tamilar Katchi and Amma Makkal Munnetra Kazhagam among others seem to have not created any tangible changes in the victory of the Dravidian parties.

The final figures were yet to be released in the most keenly watched Bodinayakkanur Assembly Constituency. At the time of going to press at 11 p.m., the official figures were unavailable. However, the round 20 figures showed that O. Panneerselvam had polled 70422 votes while his nearest rival Thanga Tamil Selvan had secured 62955 votes.

In Cumbum, DMK’s Ramakrishnan was declared elected by 40674 votes. He had polled 102652 votes while AIADMK’s Syed Khan had secured 61978 votes, AMMK’s Suresh bagged 14399 votes and NTK;s Anish Fatima secured 12123 votes. Postal votes were yet to be included, officials said.

In Andipatti Constituency, DMK candidate A Maharajan won by defeating his own brother A Logirajan of the AIADMK by a margin of 5808 votes. At the final round, DMK had polled 91495 votes and the AIADMK secured 85687 votes.

In Periakulam,Saravanakumar of the DMK polled 90223 votes at the end of round 29 while the AIADMK candidate Murugan had secured 70320 votes.