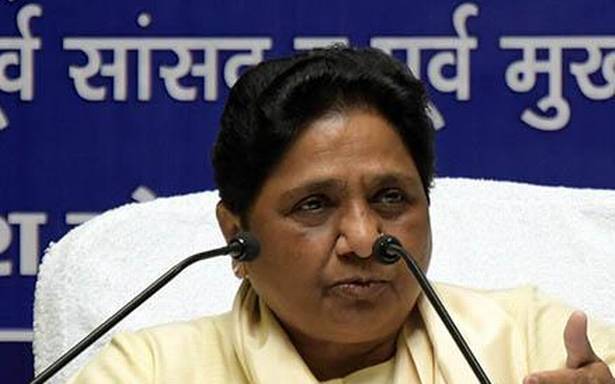 Govt must explain, they say

Opposition parties on Tuesday again sought an independent investigation into the alleged use of Pegasus software for spying on Ministers, politicians and journalists and answers from the Central government.

The Congress tweeted, “We unequivocally demand the resignation of the Home Minister, Mr. Amit Shah. Upholding our democratic & constitutional values & principles is paramount for the safety & security of all our citizens…we cannot stress this enough. A FOREIGN SPYWARE meant only for GOVERNMENTS has hacked into our CITIZENS’ PHONES. There must be accountability.”

Another tweet said, “If true, Modi govt’s use of the ‘Pegasus’ spyware is nothing short of a total abdication of protecting ‘national security’. Our national institutions have been infiltrated, the nation’s safety has been jeopardised”.

Yet another tweet said, “Free & fair elections are the foundations of our vibrant democracy, and Modi govt has employed all means available to subvert them. Money power & muscle power, notwithstanding, BJP has resorted to the help of foreign entities to destroy our sovereignty”. The Prime Minister should also be under the purview of investigation, the Congress added.

The CPI(M)’s Twitter handle said: “The Modi Govt is using Foreign Military grade spyware to hack into its own Journalists, Opposition Leaders and constitutional authorities. It is effectively waging a war on our Democracy and Constitution.”

Samajwadi Party’s Akhilesh Yadav said on Twitter that listening to people’s personal talk by spying on the phone was a gross violation of the “right to privacy”. If the Bharatiya Janata Party was getting it done, then it was punishable and if the BJP government said that it was not aware of it, then it was its failure on the issue of national security.

Bahujan Samaj Party supremo Mayawati tweeted that the dirty game of espionage and blackmail was not a new thing but breaching the privacy using very expensive equipment, spying on ministers, Opposition leaders, officials and journalists, etc. was a very serious matter. The Centre’s clarifications, refutations and arguments had failed to convince the people. In the interest of the nation and the government, an independent and impartial investigation should be conducted at the earliest so that responsibility could be fixed, she said.

The Press Club of India (PCI) also expressed deep concern “over the latest ‘Snoopgate’ expose in which Pegasus spyware was reportedly used to ‘snoop’ on Indian journalists, activists, ministers, Parliamentarians and members of judiciary”.

Watch | Explained: Pegasus, the spyware that came in via WhatsApp

“The expose has revealed that illegal, secret surveillance was mounted via victims’ phones…the Press Club of India is organising a protest and discussion on the sensational expose to bring out full implications of the ‘Snoopgate’ which has snowballed into a major controversy,” it said in a statement.

“As many as 40 journalists are also on the list whose phones were put under surveillance. The PCI has already demanded a Parliament-mandated high level, time bound inquiry into the entire affair,” it stated.