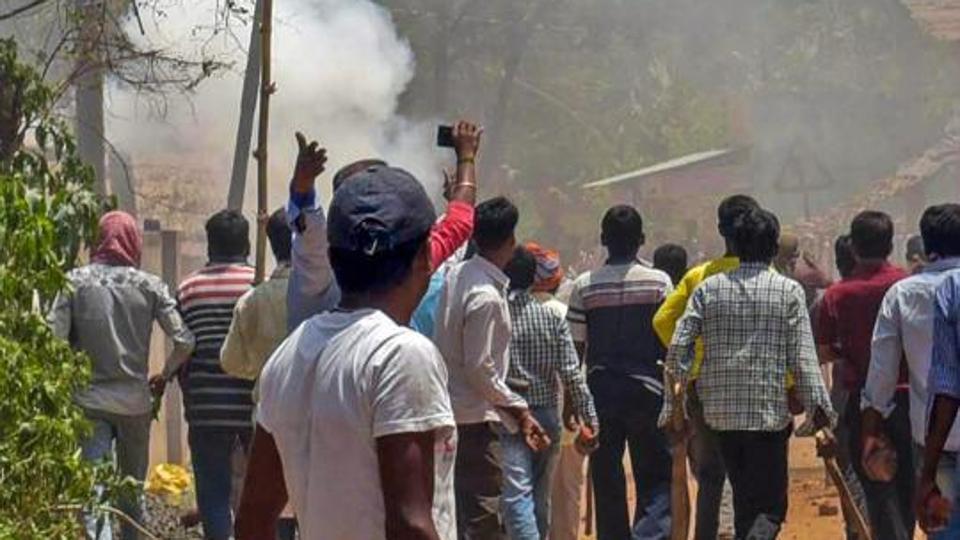 Expressing concern over the violence in Bengal, which is continuing even after the results of the Lok Sabha polls were declared, Governor Keshari Nath Tripathi on Saturday appealed for peace as a young man was shot dead and at least 30 others injured in different districts of the state.

“He has appealed to the people to maintain peace in accordance with the rich culture of Bengal and work for the prosperity and progress of the state and the nation,” a statement issued by the Raj Bhavan said.

Santu Ghosh (24), was shot dead near his home in Chakdah area of Nadia district at about 10 pm on Friday. BJP workers have been blocking railway tracks and the NH 34 alleging that he was killed by Trinamool Congress (TMC) supporters.

In the Bijpur Assembly constituency in North 24 Parganas, where BJP leader Mukul Roy’s son and TMC legislator Subhrangshu Roy was suspended from the ruling party on Friday, hundreds of clubs and party offices switched camps overnight. The walls of many party offices of the TMC were painted saffron on Saturday. However, there were no incidents of violence in the area.

In West Midnapore district, about 200 TMC workers joined the BJP.

Clashes between supporters of the TMC and the BJP took place in a few districts such as Birbhum, Bankura, West Midnapore, North 24 Parganas and South 24 Parganas.

05/25/2019 India Comments Off on One killed, 30 injured as Trinamool-BJP clashes continue to rock Bengal
India