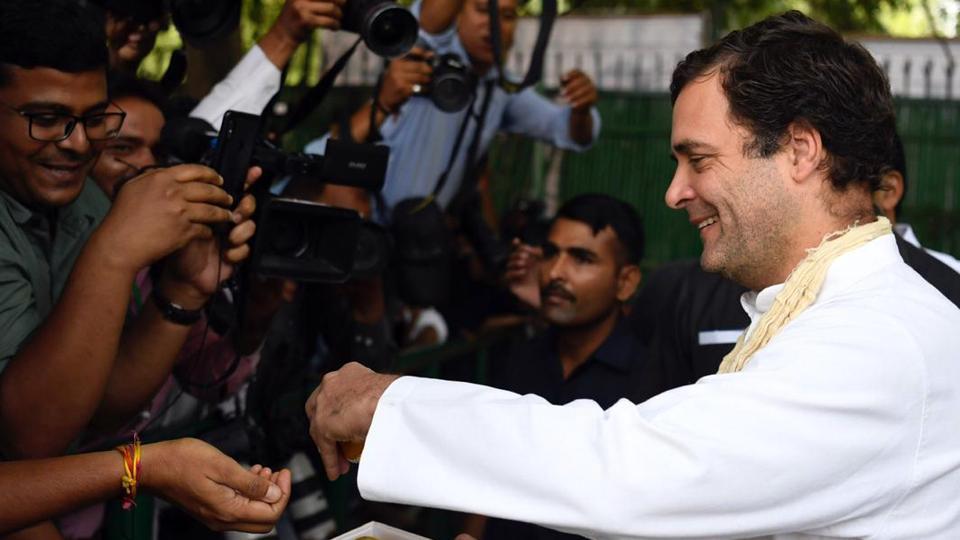 Congress president Rahul Gandhi replied to Narendra Modi after the Prime Minister wished him on his 49th birthday with “good health and a long life” on Wednesday.

PM Modi had taken to Twitter to convey his wishes to Rahul Gandhi, who was born on June 19, 1970.

“Thank you for your greetings @narendramodi ji. I appreciate them,” Rahul Gandhi replied to Prime Minister Modi on Twitter before thanking all the others who had wished him well.

The Prime Minister and Gandhi were involved in a war of words in the run-up to the Lok Sabha election, in which the BJP-led NDA won with a massive majority to return to power for the second time.

Rahul Gandhi also reverted to the flurry of wishes he had been receiving since morning from party leaders and other politicians.

“Thank you all for your best wishes & greetings on my birthday. I’m overwhelmed & grateful for your love & affection,” the Congress president tweeted with four photos of his photos with party workers and one with former prime minister Manmohan Singh.

A hashtag of HappyBirthdayRahulGandhi trended on Twitter as more than 31,000 users tweeted on the day.

Gandhi was escorted by KC Venugopal, Adhir Ranjan Chowdhury and other leaders as he arrived at the All India Congress Committee (AICC) headquarters in New Delhi wearing a garland around his neck.

Party workers swarmed the Congress president as many presented him with flowers. Gandhi also offered sweets to journalists who were present at the Congress office.

Priyanka Gandhi Vadra, Congress general secretary and his sister, greeted him with flowers by his sister as did Manmohan Singh. Senior leaders Ghulam Nabi Azad and Rajasthan chief minister Ashok Gehlot were also present at the party headquarters.

Gandhi was also greeted by many other politicians on social media.

“Best wishes on your birthday,” wrote the West Bengal chief minister Mamata Banerjee along with the same wish in Bangla.