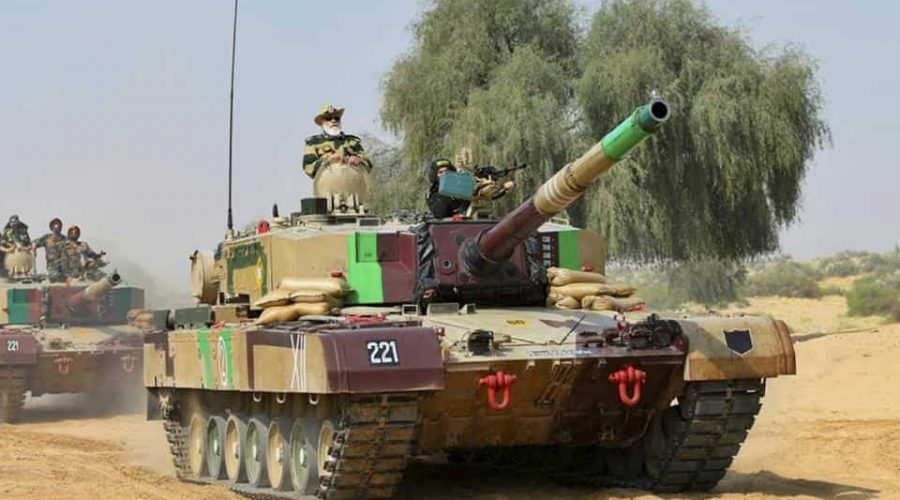 Prime Minister Narendra Modi on Saturday celebrated Diwali with Indian soldiers at Longewala in Rajasthan’s Jaisalmer. The prime minister distributed sweets to security forces personnel and wished them on the eve.

“I would like to extend my Diwali greetings. I am here to convey every Indians greetings to you today. On the occasion of Diwali, I would like to wish all our security forces,” PM Modi said during his address to the soldiers. “No power in the world can stop our brave soldiers from guarding the borders of our country. This country is happy and we are celebrating festivals because of your existence,” he added.

Reminiscing 2014 Diwali when he celebrated the festival with security forces in Siachen, PM Modi said, “In 2014, I celebrated Diwali at Siachen. Many people were surprised. But you know me, I am always with my own people during festivals, and I have continued with that tradition even this year.”

“My Diwali is complete only when I come amid you. My happiness doubles when I look at the joy on your faces,” he further said.

During his visit to the soldiers in Jaisalmer’s Longewala, PM Modi also rode on a tank.

The prime minister also delivered a strong message to Pakistan, a day after eight Indian soldiers were killed and 12 injured in shelling at the Line of Control (LoC) on Friday.Talking about the 2016 surgical strikes, PM Modi said, “India has proved that it has the military might, as well as the political will to protect its borders. The entire world, especially those countries who promote terrorism, has seen that Indian forces can kill terrorists and their leaders by entering their homes.”

The Longewala post is a strategic post on the western border in the desert of Rajasthan, where the first major battle of 1971 Indo-Pakistan war, also known as the Battle of Longewala, was fought.