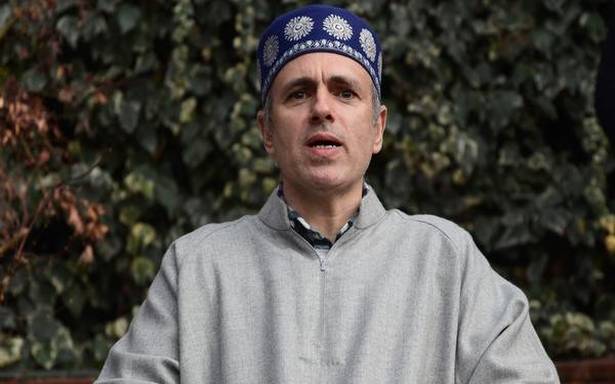 Former Jammu and Kashmir Chief Minister and National Conference (NC) vice-president Omar Abdullah, for over 12 hours on Sunday used Twitter to amplify the SOSes emanating from across the country from the pandemic-hit population to his 3.2 million followers, in a bid to attract support for them.

Himself a COVID-19 positive for many days now, Mr. Abdullah said he could understand the feelings of those who had their loved ones hospitalised due to the infection.

His Twitter handle started uploading hundreds of SOSes after he announced to open up his DMs (discreet messaging) and “amplify every message requesting or offering help.”

Since the announcement earlier in the day, Mr. Abdullah was seen sharing scores of frantic messages for every minute from people who are desperately looking for oxygen concentrators, hospital beds or medicines.

“I want to be able to help people through this crisis as best I can because I know what it’s like to have a loved one in hospital fighting against COVID,” Mr. Abdullah said.

His father Farooq Abdullah, also former Chief Minister and MP, remained in a hospital in Srinagar earlier this month after he was afflicted with the virus-induced complications.

“I know, in the grand scheme of things, it may not amount to much but every little bit helps and if even one individual benefits from a tweet of mine I’ll consider myself extremely fortunate,” Mr. Omar Abdullah said.

His move saw support from top NC leaders, who kept re-tweeting the messages in a bid to further amplify the stream of unending SOSes coming from families facing the deadly pandemic across the country.