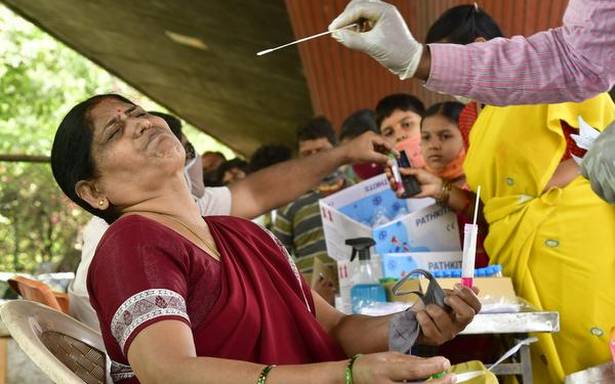 As the city is hit by a second wave of COVID-19 infections, Chief Minister B.S. Yediyurappa, who chaired two review meetings over the past two weeks, has refused to impose any new restriction on public gatherings. This has been contrary to advice from the Technical Advisory Committee (TAC) and officials combating the pandemic on the ground.

“The economic cost of the lockdown seems to be weighing heavily on the mind of the Chief Minister, who also holds charge of the State’s economy. He also doesn’t want to create panic in society and hence keen on not disturbing normal life to the extent possible,” said a senior Minister who was part of the two review meetings.

However, experts and officials are concerned that any further delay in imposing stringent restrictions on gatherings may prove costly for the city in terms of increasing cases creating a health crisis, which may force a lockdown like is being contemplated in Maharashtra.

“What we did right in 2020 was that the administration let science completely guide the management of the pandemic, but that doesn’t seem to be the case today given how TAC recommendations are being given a go by,” said a senior bureaucrat.

Civic and health officials are keen on stringent restrictions on occupancy of all public spaces to ensure social distancing norms, especially since the spread of the particular strain of the virus is several times more than last year. This essentially means restricting occupancy in film theatres to 50%, reducing occupancy in restaurants, pubs, supermarkets, malls and public transport.

“Two pubs have already emerged as COVID-19 clusters, indicating how closed spaces are tinderboxes for the virus to spread. All restaurants and pubs have maximised their real estate to accommodate more patrons, which is an issue today. Their occupancy needs to be regulated,” said a senior civic official. “With a string of big ticket releases, the latest to hit screens will be Puneeth Rajkumar starrer Yuvarathna on Thursday, theatres have turned into a huge concern as they are closed spaces with air-conditioning,” the official added.

Even in public transport – BMTC and Namma Metro – occupancy needs to be strictly restricted, civic officials have recommended.

These industries and public transport have reportedly been lobbying hard for “no restrictions on occupancy” citing economic woes. “The film industry has been lobbying hard against the 50% occupancy rule. In a new trend to woo audiences back to theatres, Puneeth Rajkumar is touring the State ahead of the film’s release. These events have themselves raised red flags, but the government is not able to restrict them as bypolls and political rallies are on,” said a bureaucrat.

But the government has imposed a ban on all protests for the next two weeks. “Sections of the food and beverages industry are trying to get out of the mandatory testing of their staff every fortnight, which led to discovery of two clusters,” a civic official complained.

Add to this, TAC has also recommended suspension of all classes except 10 and 12, especially since many young children have reported positive for the infection during the second wave. However, Primary and Secondary Education Minister S. Suresh Kumar, who reportedly argued against closure, also sought a day’s time to come out with the department’s stand on the issue, and hence the decision was deferred.

The only restrictions the Chief Minister agreed to impose are closing down party halls, gyms and swimming pools and other such facilities in apartments, and banning protests. The State government is presently keen on stringent enforcement of COVID-19 Appropriate Behaviour (CAB), like wearing masks and other such restrictions that are already in place.

Revenue Minister R. Ashoka has said licences of marriage halls will be suspended for six months if they violate the gathering limit (200 persons for indoors).

However, many fear that these restrictions are woefully inadequate given the rise in number of cases.

Another pub emerges as a cluster

Days after a popular pub on New BEL Road emerged as a COVID-19 cluster, another pub, this time in Indiranagar, Toit Brewpub, has emerged as a cluster with eight staff and three of their family members testing positive on Sunday. All eleven persons are asymptomatic and are in home isolation, even as the pub is closed for the time being. The pub will be opened after sanitisation and another round of tests for all of its 120 staff, sources said.

Both clusters were discovered as part of the mandated fortnightly RT-PCR tests for all staff at pubs and restaurants in the city, sources in BBMP said.

In both cases, the pub’s patrons over the last one week have been informed and asked to test themselves. “We have been able to inform only those who have had a reservation or entered their contact numbers as they got in. The rest of them should also test themselves,” a senior BBMP official said.

BBMP has traced 99 primary and 119 secondary contacts with respect to the Toit Brewpub cluster.