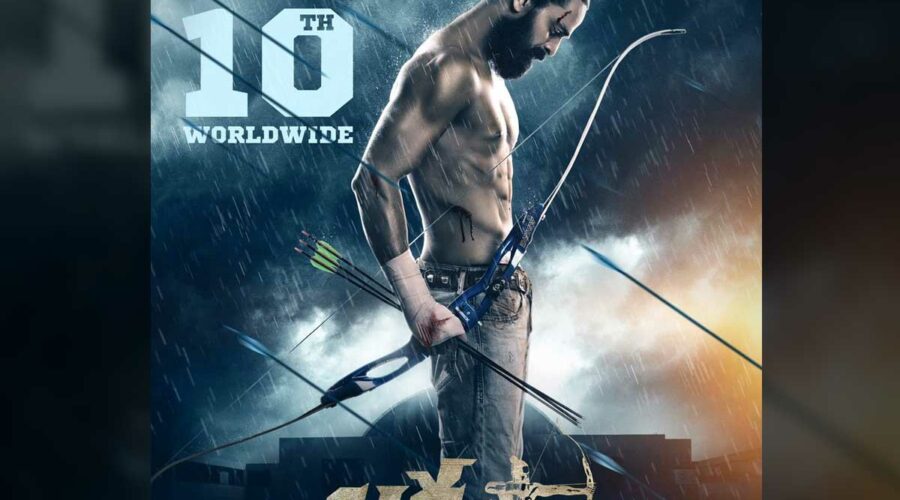 The  Young actor Naga Shaurya is now coming up with a sport based movie Lakshya.   The entire shoot of this film has been wrapped up and it is gearing up for the grand release. Today evening the makers of Lakshya officially confirmed by releasing a new poster that Naga Shaurya starrer will be out on the 10th of December this year.  Coming on the poster, it features Naga Shaurya in a well-built body. He is seen sporting a ponytail and is holding a bow and arrow, amidst rainfalls.

The promotional activities have been already started.  In the first week of this month, the makers unveiled the  lyrical video of the title song O Lakshyam. The heart touching song O Lakshyam is crooned by Hymath Mohammed and the lyrics are penned by Rehman. The song gives importance to the relationship between Naga Shaurya and Jagapathi Babu.

Ketika Sharma is playing the love interest of Naga Shaurya in Lakshya, which has the music by Kaala Bhairava.  The movie is helmed by Santhossh Jagarlapudi and the director came up with first of its kind story.  It is jointly bankrolled by Narayan Das K. Narang, Puskur Ram Mohan Rao, Sharrath Marar in Sree Venkateswara Cinemas LLP, and Northstar Entertainment Pvt Ltd banners. Raam Reddy handled cinematography and Junaid is the editor.