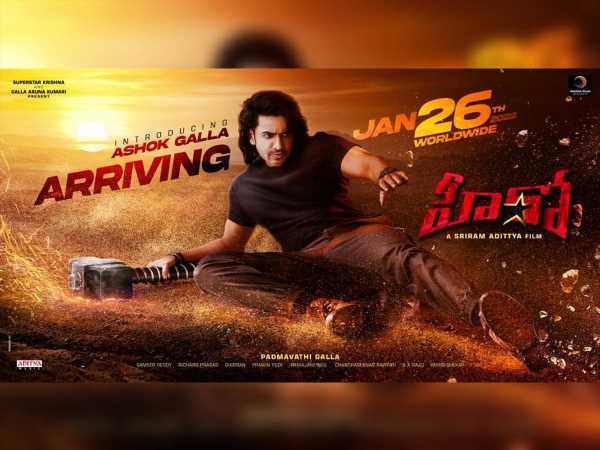 Ashok Galla, the nephew of Telugu Superstar Mahesh Babu is paired with ismart Shankar fame Nidhhi Agarwal in his debut film Hero.  It is known that Ashok Galla in the grandson of veteran actor Krishna and the son of politician Jayadev Galla and  Padmavathi Ghattamaneni. Today morning  the makers of Ashok Galla starrer Hero officially announced the release date. The upcoming action and romantic movie  Hero will be released in the theaters on 26th January 2022 on the occasion of Republic day.

Ashok Galla an d Nidhhi Agerwal starrer Hero is directed by Sriram Aditya and is backed by Padmavathi Galla under the banner of Amara Raja Media & Entertainment whereas it has the music by Tamil music director Ghibran.  The cinematography is handled by Sameer Reddy and Richard Prasad.

In the month of June this year,  Bharat Ane Nenu and Maharshi game Mahesh Babu  launched the title teaser that showed  the young hero in his character as a cowboy on a train. He was also seen performing the action sequences.