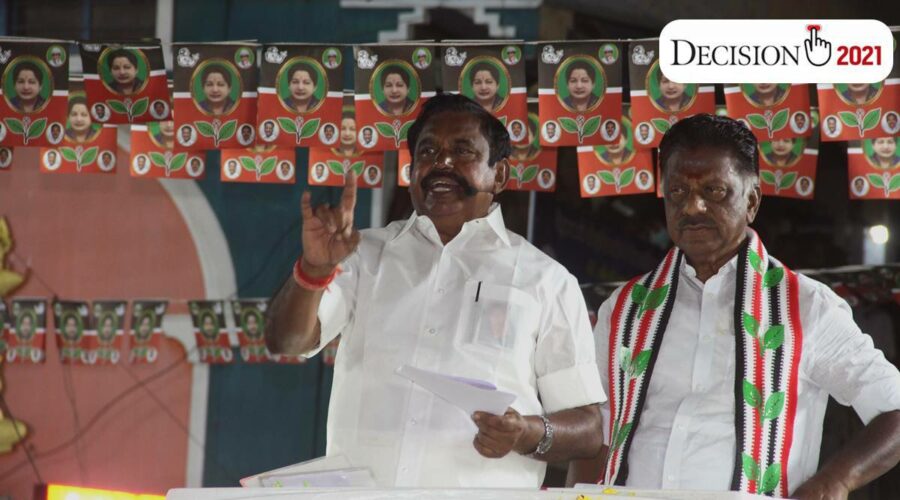 Up against him is Thanga Tamilselvan, who joined the DMK after having sided with the Sasikala-T T V Dhinakaran camp in the AIADMK tussle following Jayalalithaa’s death. 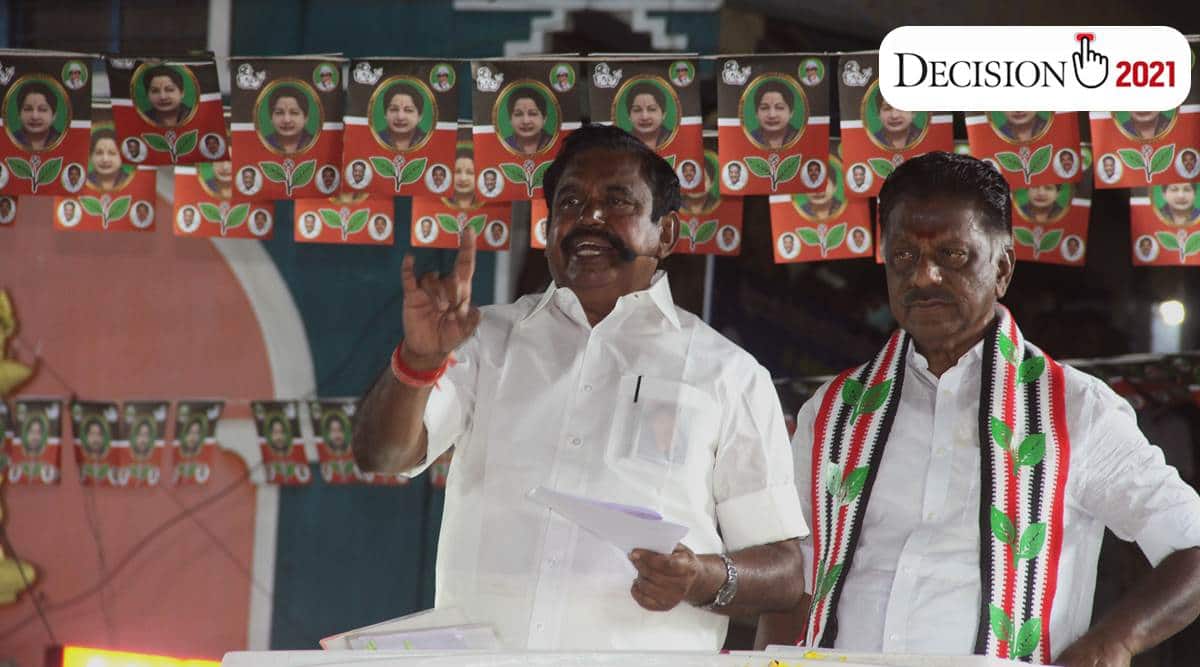 If V K Sasikala’s family has lost out the most in Tamil Nadu politics after J Jayalalithaa’s death, spare a thought for Deputy Chief Minister O Panneerselvam. Picked twice by Jayalalithaa to serve as stop-gap CM while she had to step down over charges, the 70-year-old who might have expected the chair following her death as reward for this abiding loyalty now finds it irretrievably out of reach.

And it may get worse. A deputy to Chief Minister E Palaniswami now for four years, Panneerselvam is facing a tough battle in Bodinayakanur constituency near Theni.

Up against him is Thanga Tamilselvan, who joined the DMK after having sided with the Sasikala-T T V Dhinakaran camp in the AIADMK tussle following Jayalalithaa’s death.

Apart from Tamilselvan, the anti-incumbency against the AIADMK government, and anger over the party’s alliance with the BJP, Panneerselvam is also battling the resentment among the OBC Thevar community (dominant in Bodinayakanur) over the recent decision of 10.5% reservation to OBC Vanniyars, and his own actions in the days following Jayalalithaa’s death.

Apart from Thevars, the quota to Vanniyars has been questioned by other powerful OBC communities such as Gounders. While both Sasikala and Panneerselvam are Thevars, EPS is a Gounder. EPS is believed to have announced the quota for Vanniyars to retain the Vanniyar-backed PMK in the AIADMK alliance.

Panneerselvam has been telling voters that the quota is temporary, till a caste-wise census is done, and will be reworked.

About Jayalalithaa’s death, he claims he never alleged Sasikala’s hand in it. A strong section of Thevars have sympathy for Sasikala for having been thrown out of the AIADMK, and particularly for being “threatened” out of the poll race. “That too, even after she had served four years in prison for Jayalalithaa (who was the first accused in the case),” says M Ramesh, a Bodinayakanur-based engineering graduate who has been looking for a job, speaking for most in the community.

A senior AIADMK functionary admits Panneerselvam will have a hard time convincing the Thevars. “Sasikala ensured their representation, from the state cabinet to the police force and government jobs since 1991 (the first Jayalalithaa regime). People see Panneerselvam as a leader who betrayed Sasikala after she had given him everything he has.”

The leader adds that while the Deputy CM may pull through, “the way we are struggling to generate momentum on the ground is alarming”.

His DMK rival Tamilselvan, who belongs to a long-time AIADMK family in the area, says Panneerselvam only worked for his own. Speaking at his campaign office, Tamilselvan says, “His son became an MP spending huge amounts in 2019… while OPS (Panneerselvam) has been indifferent to people’s issues. There are areas still without drinking water, drainage, roads.”

Panneerselvam started out as the municipal chairman of Periyakulam, near Theni, and is believed to have grown close to the Sasikala family in the late 1990s when her nephew T T V Dhinakaran (who is now fronting a separate party, the AMMK) contested from there. Dhinakaran stayed at Panneerselvam’s home at the time.

In 2001, Panneerselvam was rewarded with an Assembly ticket, and soon after, with the ultimate prize of keeping Jayalalithaa’s seat warm when she had to step down following a court order in a case. Panneersel-vam was CM for six months, before Jayalalithaa came back.

If that was the first people heard of Panneerselvam, he has stayed in the periphery of power since, courtesy his loyalty to the Sasikala clan, who had Jayalalithaa’s ears. In 2014, when Jayalalithaa was convicted in a disproportionate assets case, Panneerselvam was again picked to replace her. This time his tenure was eight months.

Jayalalithaa would later praise Panneerselvam as “that rare leader who returns power without a tussle”. The unassuming leader would himself acknowledge the generosity, saying his biggest dream had only been to become municipal chairman.

In the skulduggery after Jayalalithaa’s death, the person last suspected to turn a rebel hence was Panneerselvam, who was anointed CM soon after. But it were the raids by central agencies on mining baron Sekar Reddy, leading to alleged evidence against Panneerselvam, that changed everything. Panneerselvam turned against Sasikala in a ‘Dharma Yudham’. RSS ideologue S Gurumurthy would later claim Panneerselvam acted on his advice. “I asked him if he was a man… I told him to go and sit at (Jayalalithaa’s) samadhi and that he will get some idea.”

The reason may have been more material, with Panneerselvam seen as seeking the shelter of the RSS-BJP camp against the heat of the probe by central agencies. “He started representing their interests. When they wanted him to bow, he crawled,” says an ex-AIADMK MP.

Then, in a floor test in early 2017, Panneerselvam lost out to Palaniswami, another Sasikala loyalist. Later that year, he joined hands with him against Sasikala, and eventually lost most of his aides and MLAs to Palaniswami.

As to what happened to the case that changed Panneersel-vam’s destiny? Searches at Reddy’s premises had happened a month after demonetisation, and the agencies claimed to have seized Rs 33.89 crore in new, hard-to-procure Rs 2,000 notes. The CBI, that took over the case to probe the source of the money, later said it could not find anything. The case was closed.

Meanwhile, in another ironical twist, before the election, the BJP tried to get the AIADMK to take Sasikala back. Panneersel-vam was in favour, with his son V P Jayapradeep wishing Sasikala a successful comeback to continue her “good activities”.

Palaniswami, now firmly in control of both the CM’s chair and the AIADMK reins, said no.