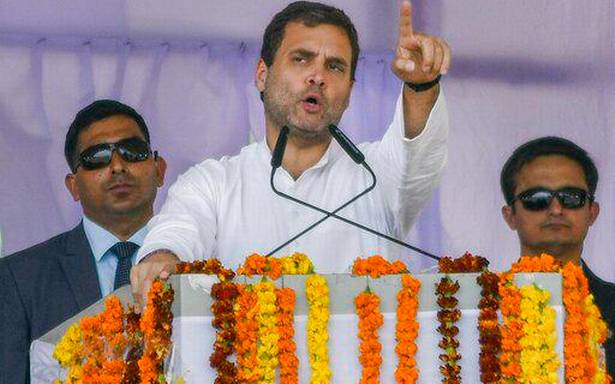 The Congress campaign in upcoming Uttarakhand Assembly polls will centre around ‘NYAY’, the minimum income guarantee programme that the party had first proposed in its manifesto for the 2019 parliamentary polls.

Nyay- Nyuntam Ayay Yojana guaranteed a cash transfer of ₹72,000 a year to five crore families who constitute the poorest 20% of India. The Congress manifesto had said the scheme has been crafted to help the poor without in “anyway affecting the goal of fiscal prudence”.

However, the party has been unable to implement NYAY in the original form as promised in its 2019 manifesto in any of the Congress-ruled States.

Sources said in Uttarakhand, too, the scheme will be adjusted according to the fiscal health of the State.

“We are still working out the details but the form and contours of the State-specific NYAY scheme will not be the same as the 2019 one. It could have different components like an unemployment allowance or a minimum income for women,” a senior Congress leader in the State said.

On September 3, the party’s State unit has planned a massive Parivartan Yatra. The party has also started its social media outreach.

“We have managed to rope-in 1,000 volunteers who shall amplify the Congress message further through whatsapp groups in each district,” party’s social media in-charge Rohan Gupta said. The work on the social media campaign started about a month back and a control room has been set up in Dehradun. In the next few months, the party aims to have such control rooms in every zone in the State.

While NYAY will be the central theme, Mr Gupta said that the rest of the manifesto will be framed by the voters themselves. “Our volunteers will reach out to people and get direct feedback on the shortcomings of the BJP government and their expectations from us. Our manifesto will be based on this exercise,” he said.

On July 3, Pushkar Singh Dhami was sworn in as the fourth chief minister in this term of the BJP government. The Congress is banking on the disarray in the BJP along with the strong resentment against the State government for its inept handling of the COVID pandemic. The tourism industry, which is the mainstay for the people of the stay has collapsed because of the pandemic induced travel restrictions leading to high unemployment rate.