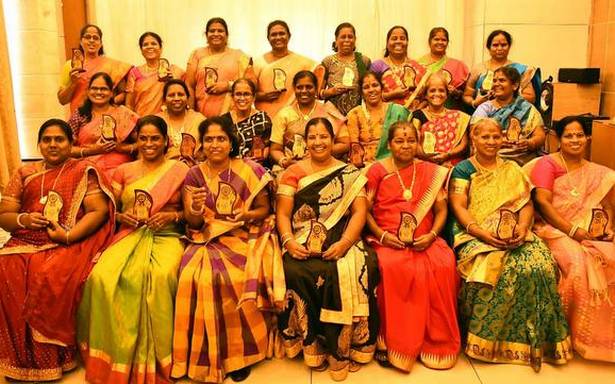 From the 1991 batch of Madras Medical College, they plan to meet annually and also take up social causes

The long-awaited reunion was attended by 25 of the 40-member batch, which they say is an achievement in itself as it was only a few years ago that a plan to connect with old classmates was proposed. A WhatsApp group — MMC 1991 Batch — was formed with a few members and it kept growing gradually.

“Some are working abroad and it took months to collect their contact details; and five of our batchmates are no more,” says S. Sakila, working with the Cardiothoracic department at her alma mater.

As most of them work in different shifts, zeroing in on a day and time was a challenge.

“A colleague volunteered to do double shift, so that I could attend the meet,” says Sakila.

The nostalgia-filled evening saw many of them share how the institution groomed them to work during any health crisis and to be service-minded.

“Ours was the last batch to take up a three-and-a-half year course in general nursing and midwifery, after which the State Government reduced it to a three-year programme. Nurses learn learn much about their work while doing it and the exposure we got with some of the best faculty and labs was what has brought us to this level,” says Hema, ward sister with Raja Muthiah Medical College Hospital.

She says six of her batchmates got employed by the Hospital through campus placement.

“A total of 1500 people had applied for a post and 40 were shortlisted after a series of interviews with experts from various departments; so stringent was the selection process and the training by MMC helped us ace it,” says Hema.

Some of the classmates went on to pursue higher studies and work as teaching faculty.

The batch had won many laurels which include winning the first place in practicals at the state level. “Coimbatore has been winning the title for some years and we broke their record,” says the 57-year-old ward sister.

Their role at the frontlines of the battle against COVID-19 duty was another topic of intense discussion. Helan Margaret, nurse with Government Medical College, Villipuram, lost her mother due to COVID-19 this year and was wreaked emotionally. She found comfort talking to old batchmates.

“There is so much stress that we carry home that sometimes it is good to hear from your counterparts from other hospitals on their work day and how they overcome difficult phases,” says Helan.

The 1991 batch plans to meet once a year and take up social causes.