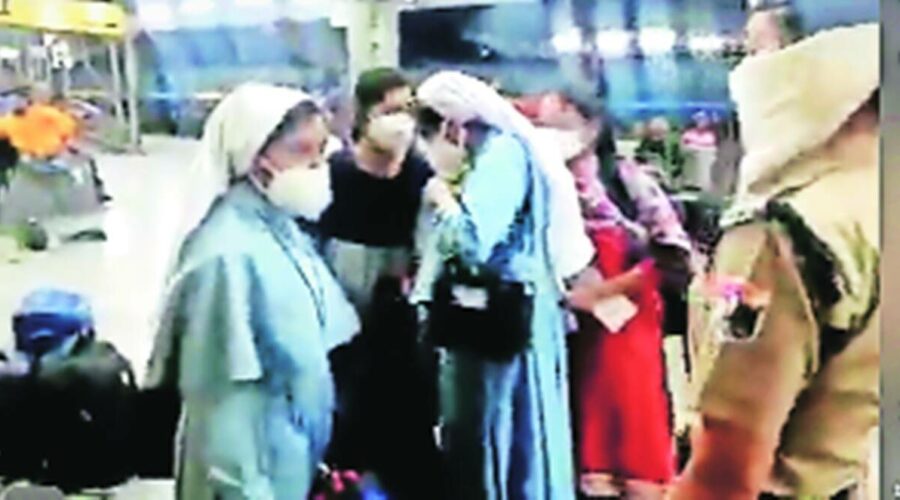 Videos of the incident on social media show the Railway personnel and some unidentified men questioning the nuns inside the coach, and asking a postulant for her Aadhaar card. 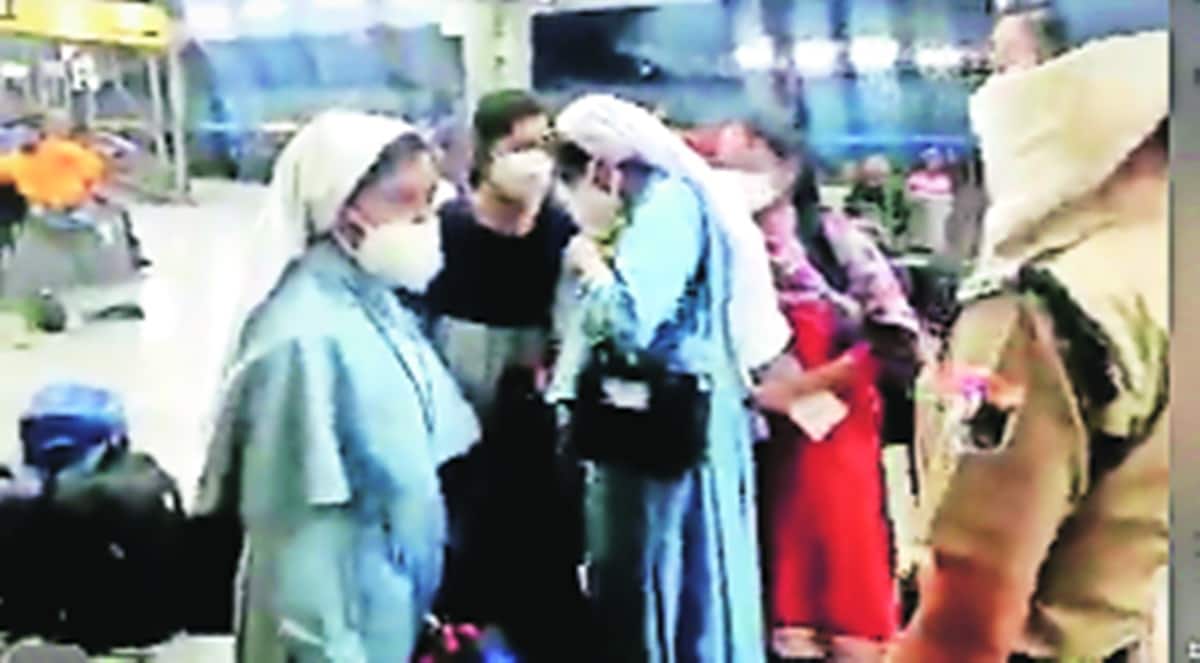 The four Christian women who were deboarded from a train in Jhansi district have said in their complaint that they were being verbally harassed by ABVP members right since their journey began from the National Capital.

Saumitra Yadav, Government Railway Police (Lucknow) SP, who was asked to probe the matter, Saturday said the complaint from the two nuns and the two 19-year-old postulants—those seeking admission to a religious order—has been received digitally.

The ABVP members had allegedly falsely accused the women of engaging in forced religious conversion.

“I had received the complaint, and have submitted a report on the incident to my seniors,” Yadav said.

According to a sources in the GRP, the complaint says that the four were harassed by the ABVP members since they boarded the Haridwar-Puri Kalinga Utkal Express in the National Capital. “The complaint says the ABVP members tried to strike a conversation with them after they boarded the train, and when they did not respond, they made calls to their associates and lodged a complaint with the GRP and RPF,” said the source.

The postulants were returning home to Rourkela accompanied by the two nuns after finishing their course in Delhi.

Videos of the incident on social media show the Railway personnel and some unidentified men questioning the nuns inside the coach, and asking a postulant for her Aadhaar card. It shows her handing over the ID and responding that they were “already Christians” and that they were “preparing to become nuns”. “My aim is to become a good sister,” says the postulant in the video.

Home Minister Amit Shah had assured action against the ABVP members during a rally in Kerala.

On Friday, the ABVP concluded after carrying out its own “fact-finding” exercise that it was an “entirely appropriate step” by its activists to alert Railways in light of “rising incidents of sexual abuses and conversions by the system of missionaries”.

It also attacked Kerala CM Pinarayi Vijayan for writing a letter on this “five days after the incident”.