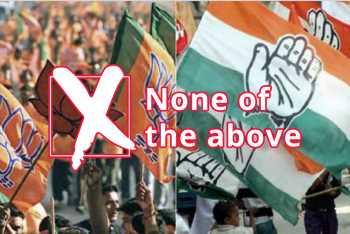 In an interesting voting trend witnessed in Andhra Pradesh following the thumping win of YSRCP and drubbing of the Telugu Desam Party, the NOTA (None Of The Above’ (NOTA) option was the most preferred in the state and got more votes than Congress and BJP combined in the state.

Meanwhile, the BJP in Andhra Pradesh got 0.96% vote share while the Congress got 1.2%. Also, it was expected that neither the BJP nor the Congress would fare any better in Andhra Pradesh, following bifurcation and the recent negative propaganda against both the national parties in the state.