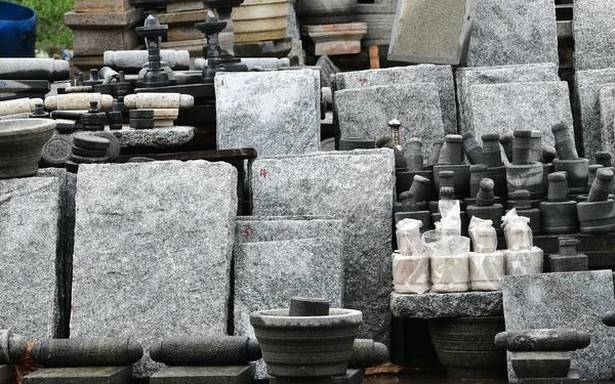 Coimbatore is the main hub for manufacture of the grinders in the country.

Some are now sourcing stones from quarries near Edayarpalayam. However, these are not high quality stones as those from Uthukuli and the volume is not much. “A large number of units remain shut for the last six months because of this issue,” he said. The loss is estimated to be between ₹200 crore to ₹300 crore and supplies to other cities and States from the wet grinder units here have come to a standstill.

The Association had taken up the issue with the State government too.