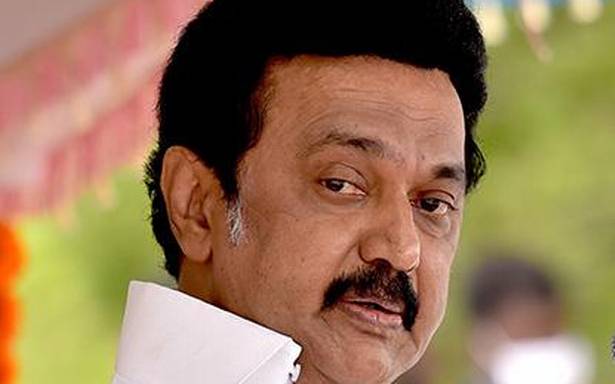 The CM said a probe into the case was one of the DMK’s poll promises; AIADMK, PMK, BJP stage walkout of the House

Tamil Nadu Chief Minister M.K. Stalin on Wednesday said in the State Legislative Assembly that there was “no political motive” behind the [additional] probe into the Kodanad heist-cum- murder case, even as the AIADMK and its allies PMK and BJP staged a walk-out from the House over the probe into the case.

Soon after the House commenced, Leader of the Opposition Edappadi K. Palaniswami attempted to raise an issue, which was later expunged by Speaker M. Appavu. Opposing this, AIADMK legislators, who displayed black tags on their shirts, held placards against the government and raised slogans. After failing to raise the issue, Mr. Palaniswami led his party MLAs in a walkout.

The Speaker said that the cases in the incidents were originally registered when the AIADMK government was in power. Mr. Stalin rose to say: “The enquiry is being conducted only after getting permission from the court. There is no political motive. There is no political interference or a motive to take revenge. Based on the information received during the enquiry, action will be taken. There is no need for others to panic.”

The heist that was reported in the middle of the night and the deaths and accidents involving some of the accused reported thereafter, had raised suspicions among the general public, the CM pointed out. “That was why, before the elections, we had promised to probe the robbery and murder cases and bring to book the accused persons.”

When PMK legislative party leader G.K. Mani (Pennagaram) spoke on the issue supporting ally AIADMK, Mr. Stalin reiterated that there was no political motive in the issue. “You have been asking us as to what happened to our electoral promises. This was one of the promises made. There are many more.” However, the PMK too staged a walkout.

Responding to BJP legislative party leader Nainar Nagendran (Tirunelveli), who said that the probe has led to fear, Mr. Stalin quoted from a Tamil proverb to say only those who carried weight should be worried on their way. “So, there is no need for any fear or worry,” the CM said, despite which the BJP members too, staged a walkout.

When AIADMK legislators were heard raising slogans outside the hall but within the Assembly premises, the Chair ordered House marshals to evict them at once. The Speaker also issued a warning against such acts of the Opposition members who held placards without the permission of the Chair.

On another occasion, the Speaker asked Mr. Nagendran: “You staged a walkout for a probe into the case registered by the AIADMK government. Did you walk out on the actions of your own ally?” The Chair contended that the AIADMK members’ actions were not dignified and that they should not set a bad precedent.