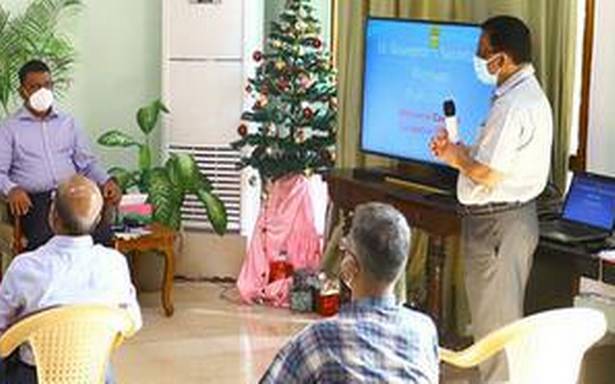 Health Dept. steps up surveillance and enforcement of safety protocols in region

No Omicron case has yet been reported in the Union Territory even as authorities have stepped up surveillance and enforcement of safety protocols ahead of the influx of tourists for the New Year celebrations.

Since the emergence of the new variant, the Health department has acquired special test RT-PCR kits for assaying the S-gene dropout or the S-gene target failure (SGTF), the marker for Omicron variant, in patients identified with COVID-19.

"We have not yet seen a positive for SGTF in the marker tests conducted in patients so far,” said G. Sriramulu, Health Director.

Any sample that returns positive for the Omicron variant would be sent for confirmatory tests and genome sequencing to NIMHANS in Bengaluru.

At Jipmer, the priority of screening is now largely on travellers from countries designated as ‘at high-risk’ for the new variant while a small proportion of other positive cases are also being subjected to SGTF marker tests for Omicron, specialists said.

While the protocols for Delta or Omicron variants are the same, quicker identification of the new variant may help slow down speed of transmission so that the level of preparedness is better, doctors said.

"The treatment or isolation protocols are the same but unlike Delta cases which are already widespread, the standard quarantining and contact screening procedures for the new variant will be more stringently enforced," said M. Vivekanandan, Nodal Officer, COVID-19, Jipmer.

Meanwhile, the Health department is quite nervous about the impact of tourist arrivals on the course charted by the pandemic, especially after the first set of Omicron cases have been identified in neighbouring Tamil Nadu. They hope that early evidence suggesting Omicron may not turn out to be as fatal as feared holds good though the variant has much higher transmissibility.

"The coronavirus case numbers have been declining for the past few weeks in the Union Territory. But, it is important that there is no lowering of guard, especially with the high influx of holidaying crowds over the next few days", Dr. Sriramulu said. "The first fortnight of the New Year will be crucial," an official said.

On Friday, Lt. Governor Tamilisai Soundararajan chaired a high-level COVID-19 review meeting to decide on precautions to be taken as footfalls are expected to increase over the X-mas-New Year week.

The Lt. Governor emphasised the need to ensure that everyone followed COVID-appropriate behaviour. Notices should be issued at the State borders. People need to be made aware that the mask must be worn even after being vaccinated, Ms. Soundararajan said.

The Union Territory has made vaccination certificates mandatory for participation in the New Year celebrations.

The Lt. Governor also directed authorities to keep the infrastructure such as oxygen and bed facilities ready in hospitals to treat infections in the event of a spike in cases.