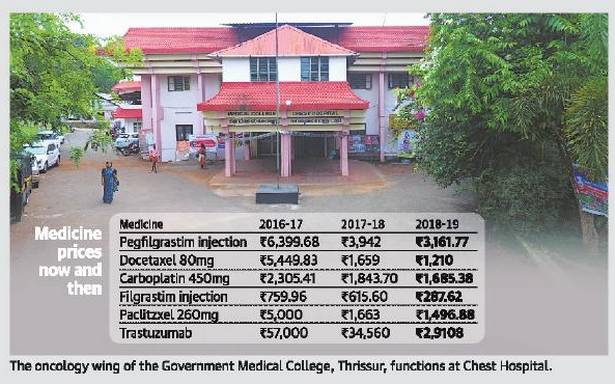 Nexus between a section of doctors, staff, pharma firms torpedoes the system that used to ensure all medicines free of cost to patients

Thanks to a nexus between a section of doctors, staff and pharma companies, cancer patients at the Government Medical College Hospital, Thrissur, now have to buy supportive medicines paying from their own pocket.

Till April 2019 a patient was eligible for a medical aid of ₹1.5 lakh under various State/Central schemes and the cost of all medicines for cancer, including supportive ones, had been met from this assistance. (The assistance has since gone up to ₹5 lakh.)

In May 2017 the MCH introduced a system of inviting quotations for procuring generic medicines. It has brought down the cost of medicines considerably by breaking the monopoly of big brands. Earlier, a medical team at the hospital used to send a list of brands, instead of generic names, to the authorities to purchase medicines. Insiders now allege a bid to torpedo the quotation system.

Though Venugopal Varma from Thrissur, who was denied such supportive medicines, petitioned the MCH and Karunya scheme officials many times, he did not get a response. He succumbed to the disease recently.

So, why the hospital authorities are now unable to meet the medicine demands of patients from the ₹1.5 lakh (since raised to ₹5 lakh) though the prices have come down?

“As the quotation process brought in competition among companies, they were forced to provide medicines at a reduced price. To compensate their loss they are now colluding with some doctors to prescribe an overdose of medicines,” a doctor said. There are allegations of doctors falsely attributing side effects for medicines with the lowest price in the quotation process to promote companies that quoted higher rates.

This year, the MCH has invited direct quotations from pharma companies and wholesale dealers to supply medicines, which, sources said, made it difficult for other agents to supply medicines at reasonable rates. Sources said quotations had been called for around 425 generic medicines. As no manufacturer or wholesale dealer could supply all these medicines, this would help the companies and dealers form a syndicate and reach an understanding on rates.

MCH superintendent Shahana Abdul Khader confirmed that only oncology drugs were being supplied free of cost to patients at present.

“Until three months ago, we used to distribute all medicines. But an audit showed that the medicines purchased last year were almost double that of the previous years. This is even when we are getting more medicines from Kerala Medical Services Corporation Ltd. (KMSCL), which supplies medicines to hospitals. There was no increase in the number of patients either,” she said.

“As we found that the amount has been escalating mainly due to the purchase of supportive medicines, a medical team decided to supply only the oncology medicines free of charge under the schemes,” she said.

But sources said prescription of overdose of medicines by some doctors for supporting the medical companies caused the increase in purchase quantity. The oncology department of the hospital functions at the old chest hospital. 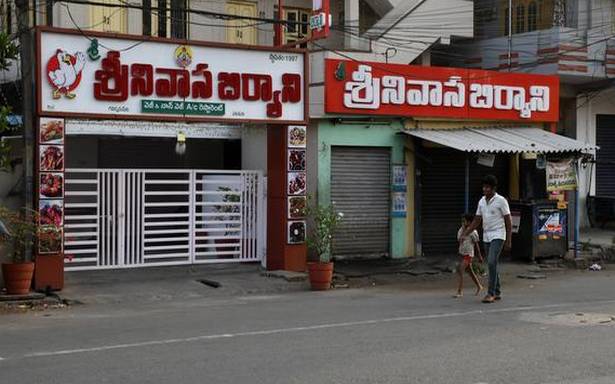 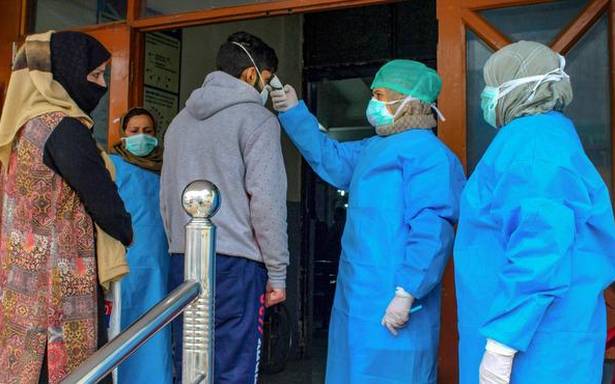