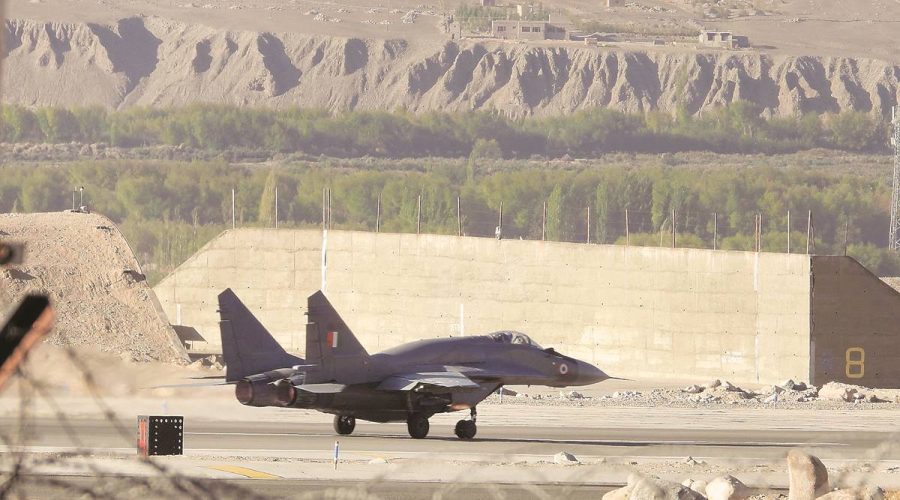 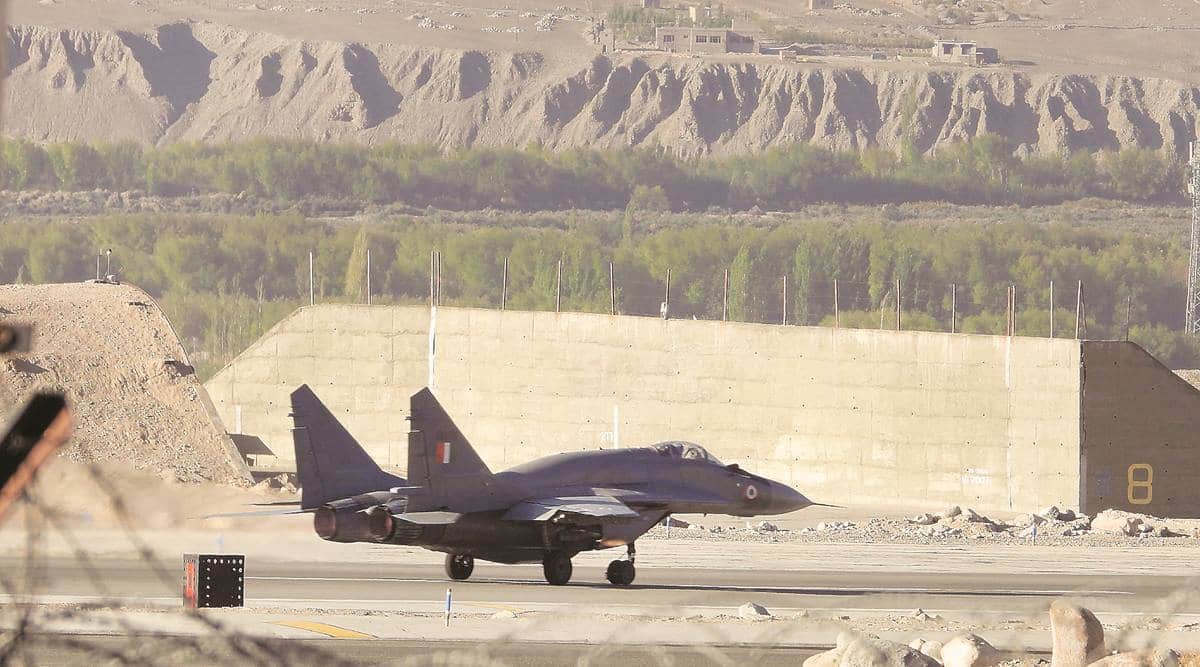 Clearing the air on the situation in the Depsang Plains in Ladakh, where China has been blocking India’s access to four traditional patrolling points since April this year, a top security officer has told The Indian Express that while there has been no loss of ground this time around, Indian troops have not had access to a large chunk of territory on their side of the Line of Actual Control for “more than 10 to 15 years” now.

The officer also said that other than the regular ceasefire violations and infiltration, no mobilisation of troops by Pakistan is evident either along the Line of Control, or near Siachen, located 80 km east of the Depsang Plains. Pakistan though has kept a sizeable number of Indian troops engaged on the western front, forcing the Army to increase its presence in Ladakh with troops from other commands.

While the focus at the moment is on eastern Ladakh, the Indian Army, the officer said, is fully seized of the possibility that China could attempt ingress at any other place along the contested LAC.

“We expect that China can act anywhere, why talk about just eastern Ladakh. We are looking at Eastern Command also,” he said, adding that the forces are on alert along the entire LAC.

While China pulled back its troops from Patrolling Point-14 in Galwan to its side of the LAC during the disengagement in early July, a small number of Chinese troops remain on the Indian side of the LAC at PP-15 in the area called Hot Springs, and PP-17A in the nearby Gogra Post. On Pangong Tso’s north bank, Chinese troops never vacated the Finger 4 ridgeline, and are less than 500 metres away from Indian troops where the ridge meets Finger 3.

In the Depsang Plains area, China positioned two brigades, and cut off India’s access to PPs 10 to 13. This Chinese denial of access to Indian troops trying to reach their traditional patrolling points, the officer said, began a few weeks before the present standoff began.

The Depsang Plains is significant not just because it is 30 km southeast of the strategically important Daulat Beg Oldie post near the Karakoram Pass in the north, but also because in the midst of mountainous terrain, it offers a flat surface which can be used by either of the two countries to launch a military offensive, similar to the Spanggur Gap in the Chushul sub-sector.

Bottleneck, a rocky outcrop that provides connectivity across the Depsang Plains, is about 7 km east of Burtse where the Indian Army has a base. Burtse lies on the Darbuk-Shyok-Daulat Beg Oldie (DSDBO) road. The track going east from Burtse forks into two at Bottleneck, the reason why it is also called the Y-Junction. The track north, following the Raki Nala, goes towards PP10, while the track southeast goes towards PP-13 along Jiwan Nala.

What’s also significant is that in the Depsang Plains, where the Line of Patrolling lies considerably beyond its perception of the LAC, India has not been able to reach the LAC in the last 15 years. The area that India has not accessed in years is around 972 sq km.

The LAC in Depsang Plains, the officer said, “is quite inside” from the international boundary, and from the LAC “the limit of patrolling is even further inside”.

The area between the Line of Patrolling and LAC “was already under his control, those 972 sq km, have been his,” the officer said, adding that the “bulk of that 972 sq km has actually been with them for a very long time… more than 10 to 15 years, he (PLA) has been there”.

But this year, Chinese troops began blocking Indian troops at Bottleneck, preventing access to PPs 10 to 13. “That is where he (PLA) is stopping us today” — it is the same area where China positioned its troops during the 2013 standoff as well.

“He (PLA) has not come and permanently sat down at Bottleneck. Whenever we go, he comes and blocks us… blocking each other, a game which has been going on in a number of areas. We have not lost access. If we want, we can go tomorrow also. But I (Indian Army) do not want to create another flashpoint right now,” the officer said.
He said Indian troops could access the patrolling limits in March, but the Chinese have blocked access since April. He said the area that Indian troops can’t access now between those patrolling points is around 10 km vertically, and 4 to 5 km horizontally.

“Things started opening up (in the summer), we started resuming our patrolling, he also started. Since roads on his side are better, he comes faster up to a particular place,” the officer said.
China’s claim, he said, is west of Bottleneck, around 2 km inward of Burtse where India has a base. Indian soldiers too have not allowed Chinese patrols to move beyond Bottleneck.

The Chinese objective, he said, is to try “to press up to their 1959 claim line”, and Indian troops “have stopped them”.

The officer said India has positioned an adequate strength of troops to prevent China from making any ingress in the area.

“China will not just be able to walk in. The moment they do that, (because) of the forces we have built up, any movement will be contested,” he said.

On India strengthening its positions at the Siachen base, in anticipation of Pakistan colluding with China in case of hostilities, the officer said there was no need to do that. Siachen positions have “not” been re-enforced, he said “as that is not connected to this”.

Earlier this month, Chief of Defence Staff General Bipin Rawat remarked that “Pakistan could take advantage” of any military activity by China “and create some trouble on the northern border, and therefore we have taken adequate precautions to ensure that any such misadventure by Pak is thwarted”.

The officer said that apart from the regular ceasefire violations and infiltration, India has not seen any mobilisation by Pakistan.

“We have not seen any indication of any mobilisation or anything like that, conventional sort of movement on that side,” he said. “Terrorist launchpads, terrorist infrastructure, terrorist training camps, those are still there. Every day, we  have an encounter.” To that extent, India, he said, is facing two fronts. Indian forces are “tied down” with counter-terrorism and counter-infiltration, “so that way you can say collusion is there” between China and Pakistan.

And while it is not a “planned collusion”, the officer said, “Pakistani intelligence has greater footprint in India, compared to China”. The two countries, he said, “will definitely be sharing intelligence” and China “will be coming to know our movements”.