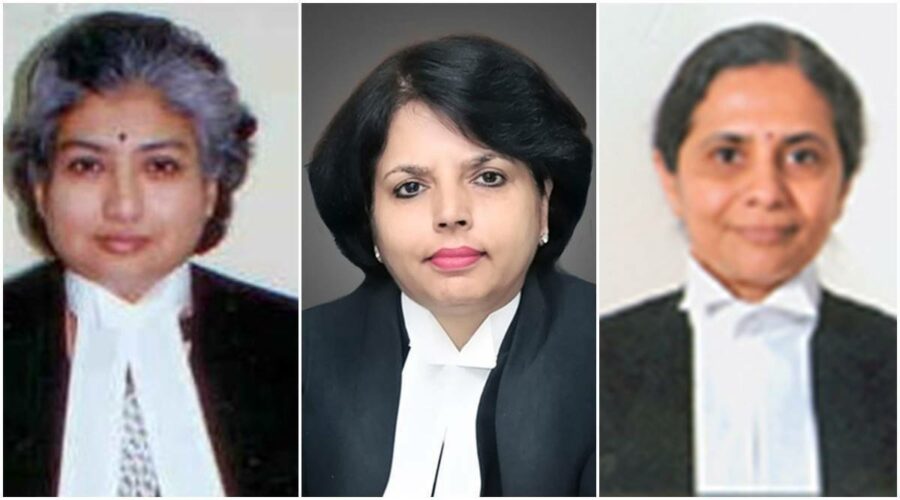 The Centre had cleared all the nine names recommended by the Supreme Court Collegium for appointment to the top court, which currently has 24 judges against a sanctioned strength of 34. Nine new judges, including three women, were on Thursday appointed to the Supreme Court, with Justice BV Nagarathna likely to be the first woman Chief Justice of India in 2027. President Ram Nath Kovind signed the warrants of appointment on Thursday.

The Centre had cleared all the nine names recommended by the Supreme Court Collegium for appointment to the top court, which currently has 24 judges against a sanctioned strength of 34.

The three women judges in the list are Justice Nagarathna of the Karnataka High Court; Justice Hima Kohli, Chief Justice of the Telangana High Court; and Justice Bela Trivedi of the Gujarat High Court.

Ending a 22-month-long impasse, the Supreme Court Collegium headed by Chief Justice of India N V Ramana had on Tuesday recommended the nine names to the government for appointment as judges to the apex court.

Justice Nagarathna, born on October 30, 1962, is the daughter of former CJI E S Venkataramiah. She enrolled as an advocate on October 28,1987 at Bangalore and practised in the fields pertaining to the Constitution, commerce, insurance and service.

She was appointed as an Additional Judge of the High Court of Karnataka on February 18, 2008 and became a permanent Judge on February 17, 2010.

Justice Nagarathna will have a tenure as an SC judge till October 29, 2027 and may have a tenure of over one month as the first woman CJI after September 23, 2027.

On August 17, when the Collegium met, the Supreme Court had nine vacancies. With the retirement of Justice Navin Sinha on August 18, this has gone up to 10.

08/26/2021 India Comments Off on Nine judges, including 3 women, appointed to SC; Justice Nagarathna could be first woman CJI in 2027
India