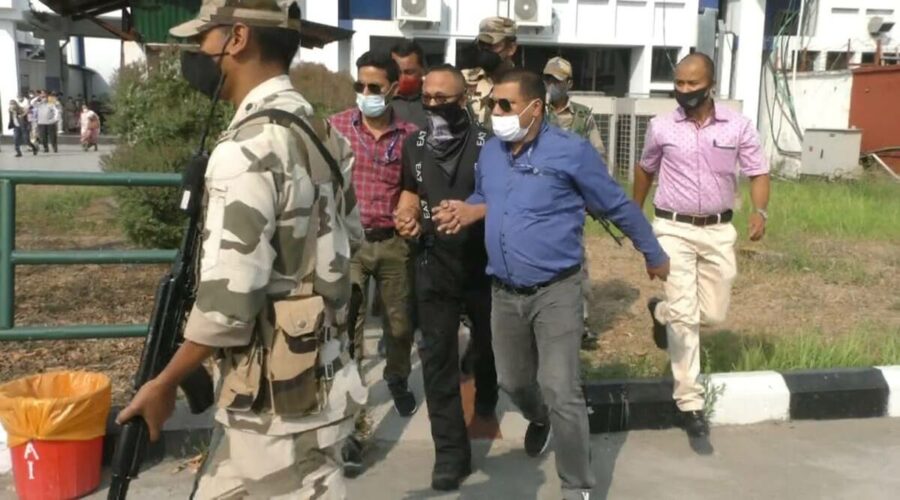 The NIA said Narengbam Samarjit and his associates collected huge amounts of money from the public by duping them and used it for unlawful activities. A special National Investigation Agency (NIA) court in Manipur sent Narengbam Samarjit, the separatist leader who had declared the state’s independence in London, to police custody for 13 days on Wednesday.

Samarjit was brought back to Imphal last Monday (March 29) after he was arrested in Delhi on March 25. He was arrested in connection with the formation of a “de-jure” Manipur Government in London after declaring independence from India in 2019.

After reaching Imphal, the NIA produced him before the Magistrate on March 29 who remanded him to police custody till March 31.

The same day, the counsel of the accused had filed a bail plea to which the prosecution had objected. The prosecution had urged for police remand for fifteen days to retain articles seized from the accused. As such, the court fixed April 12 to be the date when the bail application will be taken up.

The separatist leader had been residing in London along with his associate Yambem Biren, the self-proclaimed Chief Minister of the “de-jure” Government.

On March 23, the NIA had filed a chargesheet against five accused, including Samarjit, Yambem Biren, at the NIA Special Court in Manipur under Sections 120B and 420 of the Indian Penal Code and Sections 13 and 17 of the Unlawful Activities (Prevention) Act, 1967.

According to the NIA, Samarjit was the chairman and managing director of Salai Group of Companies and SMART Society and he and his associates, Elangbam Brojendro Singh and Akoijam Deepa Anand, were allegedly collecting huge amounts of money and cheating the public by taking deposits from by offering 36 per cent annual returns without any legal authority.

These illegal funds were allegedly laundered by Samarjit through various companies, the NIA added.