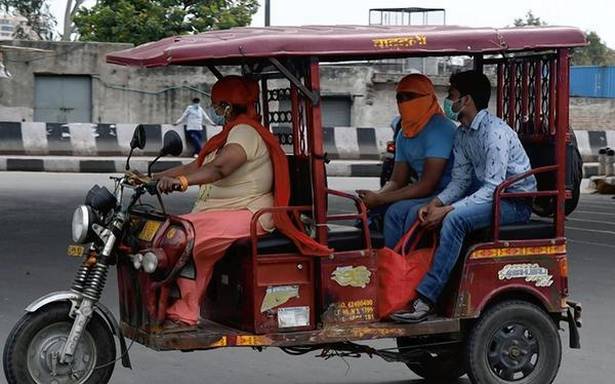 Expert group to come up with Ministry-wise recommendations to increase their participation.

Guidelines to the government to improve women’s participation in the workforce would be issued by the National Human Rights Commission (NHRC) soon, NHRC member Jyotika Kalra told The Hindu on Tuesday.

A meeting of the NHRC’s core group on women, attended by representatives of the Women and Child Development and Skill Development Ministries, NGOs, lawyers and civil society members, on Tuesday discussed the reasons for the low participation of women in the labour force.

Ms. Kalra, who chaired the meeting, said the NHRC would be coming up with Ministry-wise recommendations based on the discussion soon. According to the Periodic Labour Force Survey reports released by the National Statistical Office, women’s participation in the workforce “fell to its lowest points since Independence in the year 2017-18. The most major decline can be seen since 2004, from 29.4% to 17.5% in 2017-18. This has marginally increased to 18.6% in the year 2018-19,” a note for the core group meeting said.

“One of the suggestions was that there should be investment in the care economy as well as regulatory mechanism. The state must come forward and private players can also participate. In Nepal, for example, there is a community care system,” Ms. Kalra said.

Among the suggestions were the need for better working conditions, gender sensitivity at workplaces, and equal sharing of household work. “It was suggested that an urban employment guarantee scheme should be started along the lines of the MGNREGA with reservation for women. Many times, women want to work but the opportunities are not there,” she said.

She added that the group discussed skilling and encouraging women to take up “unconventional” jobs like of drivers and electricians. The importance of digital literacy, especially with working from home becoming more prevalent during the pandemic, was also discussed.

In terms of making workplaces safer, Ms. Kalra said while the law against sexual harassment was in place, there was a lot more to be done.