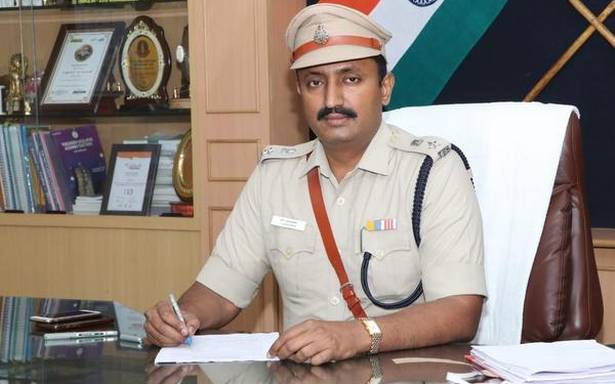 V. Baskaran took over on Wednesday

V. Baskaran took over as the new Superintendent of Police (SP), Madurai rural district police on Wednesday. He succeeds Sujit Kumar, who has been transferred to Chennai as SP, NIB-CID.

Mr. Baskaran said that habitual criminals would be dealt with, with an iron hand and stringent action would be taken against those involved in illegal activities and in crimes against women and children.

He said that efforts would be taken on grievances and complaints from the public. He appealed to the people to follow all safe precautions and lockdown rules to contain the pandemic.

After being promoted as Superintendent of Police, he served as Assistant Inspector General in the office of the Director General of Police.

Later, he served as the Superintendent of Police in Theni and Ariyalur districts.