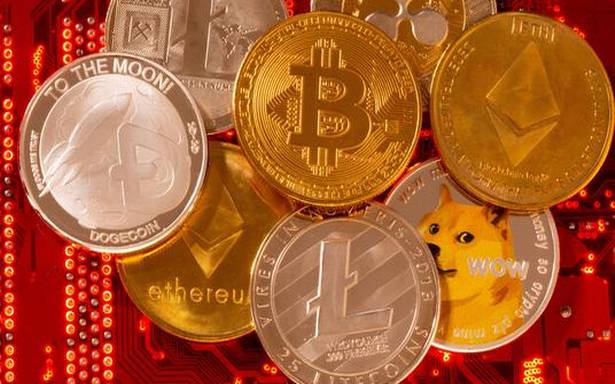 The Cryptocurrency and Regulation of Official Digital Currency Bill, 2021 is yet to get Cabinet nod.

The Union Government will introduce a Bill to regulate cryptocurrency and ostensibly ban all private cryptocurrencies, along with 25 other pieces of legislation, in the winter session of Parliament that begins on November 29.

The Cryptocurrency and Regulation of Official Digital Currency Bill, 2021, which is yet to be officially approved by the Cabinet, seeks to create a facilitative framework for creation of the official digital currency to be issued by the Reserve Bank of India.

The central bank is looking at launching a pilot project for an official digital currency soon.

“The Bill also seeks to prohibit all private cryptocurrencies in India. However, it allows for certain exceptions to promote the underlying technology of cryptocurrency and its uses,” according to the stated purport of the Bill in a Lok Sabha bulletin and the tentative list of the government’s legislative business for Rajya Sabha.

So far, the precise contours of the Bill are not in the public domain and no public consultations have been held.

How safe is India’s crypto gold rush for ordinary investors? | In Focus podcast

The Finance Ministry has been tight-lipped on the Bill, which had been readied for the Cabinet’s approval as early as August.

Media queries about who would be held responsible if investors betting on crypto assets that are liberally advertised, were to make heavy losses, have been met with silence.

When Prime Minister Narendra Modi chaired a meeting on November 13, to assess the regulatory prospects for cryptocurrencies with the top brass of the central bank and the Ministries of Home Affairs and Finance, a consensus was reached to stop ‘attempts to mislead the youth through over-promising and non-transparent advertising’

It was also resolved that unregulated crypto markets cannot be allowed to become avenues for money laundering and terror financing. A close watch and pro-active steps are necessary for the sector, the government had determined.

Last Monday, when the Standing Committee on Finance met cryptocurrency stakeholders, industry representatives agreed with the need for regulation of the crypto market but were unable to answer several questions raised by parliamentarians.

Apart from the proposed cryptocurrency law, the government has also listed a Bill to repeal the three contentious farm laws of 2020, as promised by Prime Minister Modi last Friday, after they had triggered an year-long protest from a section of farmers.

The three bills are the Farmers’ Produce Trade and Commerce (Promotion and Facilitation) Act, 2020, the Farmers (Empowerment and Protection) Agreement of Price Assurance, Farm Services Act, 2020, and the Essential Commodities (Amendment) Act, 2020.

Several non-BJP state governments have raised objections to the Bill, which was listed in the Monsoon session of Parliament but was not introduced to avoid further confrontation with the Opposition at a time they were raising objections over the Pegasus Project revelations.

Three Bills issued as ordinances by the government will also be tabled for consideration and passing, including changes to the Central Vigilance Commission Act of 2003, the Narcotic Drugs and Psychotropic Substances Act of 1985, and the law governing the Central Bureau of Investigation.