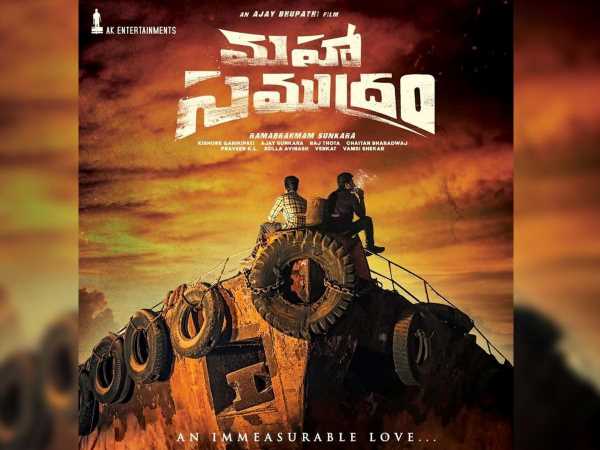 The young actor Sharwanand, Siddharth, Aditi Rao Hydari and Anu Emmanuel  are coming up with an action and romantic drama Maha Samudram,  which is helmed by RX 100 fame Ajay Bhupathi. The makers have already announced that the entire shoot of Maha Samudram has been wrapped up.  Now according to the latest report, the  digital rights of Maha Samudram are grabbed by digital platform Netflix for a whooping  price of Rs 10.5 cr. This deal was closed recently and the makers of Maha Samudram are closing the other non-theatrical deals for now.

This is the first time Sharwanand and Siddharth are working together  for a film. Apart from the lead actors,  the  upcoming action intense drama also  has Jagapathi Babu, Rao Ramesh  and others in the crucial roles.

Maha Samudram is being bankrolled by Anil Sunkara under the banner of  AK Entertainments  and it has the music by Chaitan Bharadwaj.

Ever since Ajay Bhupathi announced that Siddharth, who last played a cameo in  the young tiger Jr NTR starrer Baadshah in the year 2013, was brought on-board, fans are excited to see him on the screen again in a Telugu film.  Ajay Bhupathi’ directorial venture Maha Samudram will be his first film in the language in eight years and expectations are high.