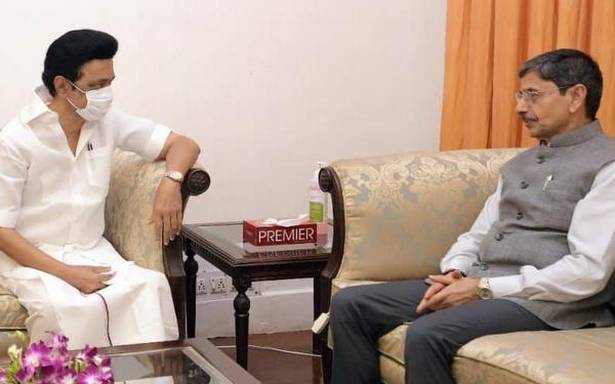 CMO, CS yet to respond to RTI Act query on status of Bill

The Bill to admit students to undergraduate medical courses in Tamil Nadu on the basis of Plus Two marks, is “under consideration” of Governor R N Ravi, the Raj Bhavan has said in response to queries under the Right to Information (RTI) Act.

P.B. Prince Gajendra Babu, general secretary, State Platform for Common School System – Tamil Nadu had filed an application under the RTI Act seeking to know the status of the Bill.

Responding to his query on what action was taken by the Governor on the Bill and the “current status” of the Bill, the Raj Bhavan has said, “The file is under consideration”. The response was given on December 17 by S Venkateshwaran, Under Secretary to Governor, in his capacity as Public Information Officer of Raj Bhavan.

Incidentally, the offices of the Chief Minister’s Secretariat and the Chief Secretary were yet to respond to Mr. Babu’s queries on the issue under the RTI Act.

In addition to the action taken and status of the Bill, he had asked if any letter or query was received from the Governor and whether the State had sent any reply or reminder to the Governor on the Bill.

The Legislative Assembly had on September 13 passed the Tamil Nadu Admission to Undergraduate Medical Degree Courses Bill, 2021 seeking to “dispense” with the requirement for candidates to qualify in the National Eligibility-cum-Entrance Test (NEET) for admission to undergraduate medical courses. Instead, the State wanted to admit students to MBBS and BDS courses on the basis of their class XII board exam marks.

The Bill was sent to the Raj Bhavan for forwarding it to Rashtrapati Bhavani for Presidential assent when Banwarilal Purohit was Governor. Subsequently, Mr Ravi had taken over the gubernatorial assignment.

The Legislative Assembly secretariat too has not responded to Mr Babu’s queries yet.

Incidentally, on November 27, the state government had released a photograph of Chief Minister M K Stalin meeting the Governor and said the former had pressed for forwarding the NEET Bill to the President immediately. However, the same day the Raj Bhavan had released a photograph of the meeting and said the “steps taken by the government on incessant rains and COVID-19 pandemic in Tamil Nadu” were discussed. It made no mention of the discussion on the NEET Bill.