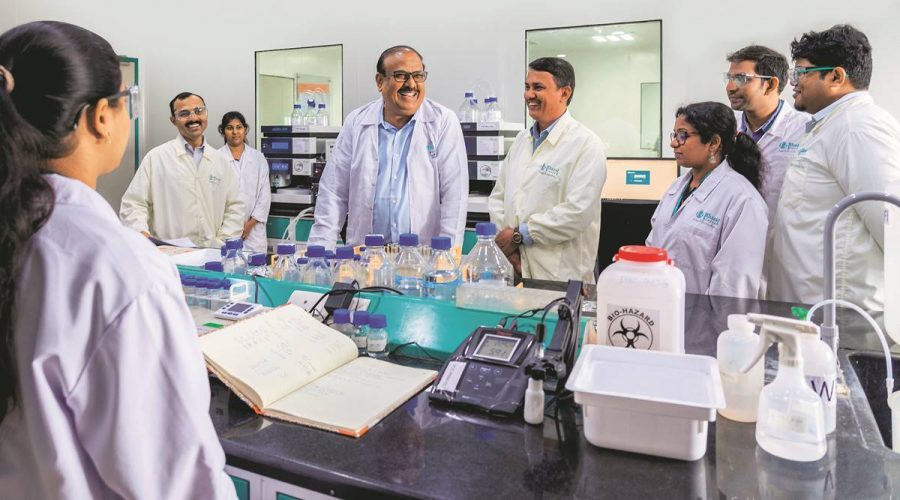 When the Indian government looked for a partner to produce an indigenous coronavirus vaccine, Bharat Biotech was the natural contender. From Rotavirus to Hepatitis B vaccines and now Covaxin, The Indian Express on how a small Hyderabad firm, dreaming big and risking large, has emerged as one of India’s biggest biotech success stories 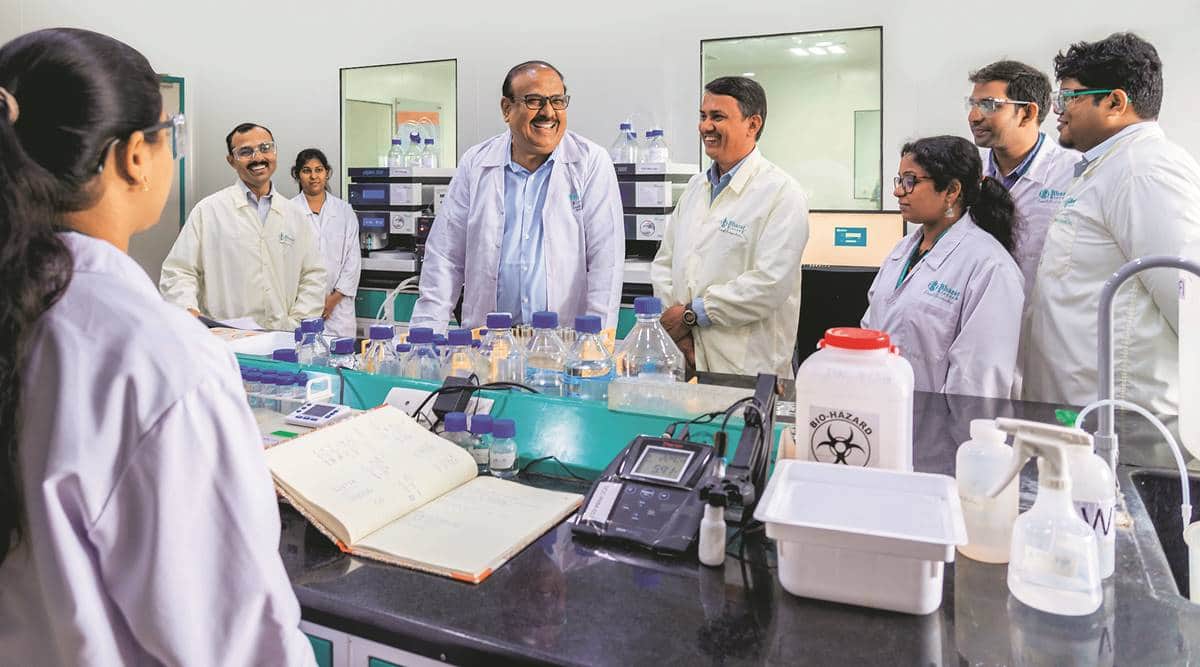 The year was 1999. Officials and scientists at the Department of Biotechnology (DBT) were a little unsure about what to do next. They had invited offers from Indian firms to become partners in the development of a vaccine for rotavirus. And the only company to have shown interest was an inexperienced three-year-old upstart from Hyderabad with little track record to boast of.

The lack of enthusiasm was not entirely unexpected. Earlier that year, the only existing vaccine for rotavirus, one produced by an American company, had to be withdrawn after some recipients reported a rare type of bowel obstruction. The vaccine had been introduced in the market the previous year. 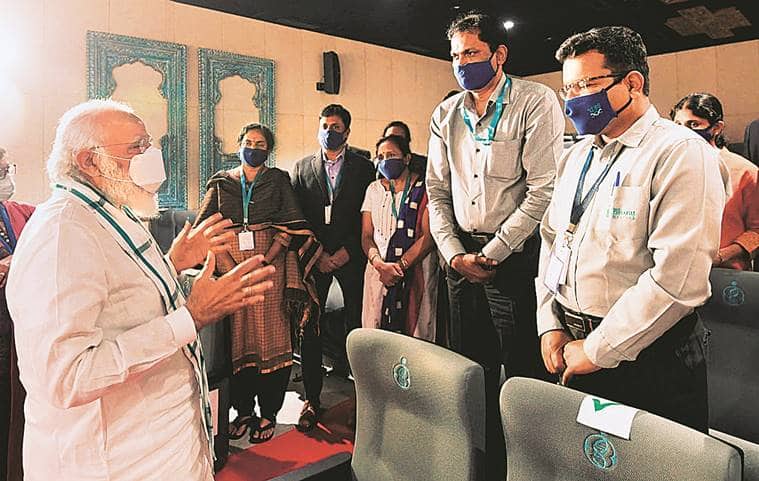 Rotaviruses are the most common cause of diarrhoea in infants worldwide. According to WHO, they were responsible for deaths of about 215,000 children below five years of age in 2013, a majority of them in India.

Working at AIIMS in the mid-1980s, Dr M K Bhan, a paediatrician and researcher who later became the Secretary of the DBT, had succeeded in isolating an Indian strain of rotavirus that could be used to develop a vaccine. Another strain was isolated by Prof C Durga Rao, working independently at the Indian Institute of Science in Bengaluru. The government was very keen to have an affordable rotavirus vaccine, and was willing to handhold private firms in developing this.

IN MANY ways, Bharat Biotech and its contemporaries reflect the changing and rising India that started to take a new course from the mid-1990s. They started out with low-hanging fruits, making generic versions of existing vaccines, and slowly gained confidence to produce world-class products. “These companies were innovative, but not really inventive,” is how one scientist described these companies. “Inventiveness requires a good ecosystem that India still lacks. So it is to the credit of these companies for doing what they did,” he said.

After much deliberation, the DBT did accept the volunteering company as the partner in this effort and began working on a vaccine that would go on to become one of the biggest success stories of India’s young biotechnology sector. For Bharat Biotech, the Hyderabad company that had shown courage to participate in this uncertain venture, the risk had paid off. The vaccine, called Rotavac, was licensed only in 2014, after a 15-year-long development process, and the first shots were given in 2015. But it was developed with a commitment that it would be priced not more than one dollar a dose. Two other rotavirus vaccines that had been commercialised internationally in the meantime, by pharma giants GSK and Merck in 2006, cost about US $200 per dose.

“It was really a bold step for Krishna Ella (the promoter of Bharat Biotech) to come forward at that time. After that vaccine (in the US) was withdrawn, everyone thought that the rotavirus field was dead… Of course, Bharat Biotech received a lot of support… there was a lot of handholding through the process. A good part of the research happened in the US as well with the support and involvement of US institutions. But it was still a big achievement. That kind of research and development, and clinical research, had never been done in India before,” says Gagandeep Kang, virologist and Professor of Microbiology at Christian Medical College, Vellore, who was one of the lead investigators of the clinical trials for that vaccine.

Rotavac was not the first vaccine to be made by Bharat Biotech. Shortly after that partnership with the DBT was inked, the company was able to ship out the first batch of vaccines it had ever developed — for Hepatitis B. It was the last week of 1999, between Christmas and New Year, that a truck loaded with Hepatitis B vaccine vials drove out of a rented three-storeyed building in the residential area of Jubilee Hills in Hyderabad that housed laboratories of Bharat Biotech.

“Krishna Ella himself saw the truck off. There was jubilation, understandably. We were a small team then,” says a former employee who asked not to be named.

Ella, who grew up in a reasonably well-off farmer’s family in a Tamil Nadu village, studied agriculture in college and worked at a chemical and pharmaceutical multinational before receiving a fellowship to study in the US. He worked on the molecular biology of yeast, and obtained a PhD from the University of Wisconsin-Madison. He had begun a research career in the US before, according to a story he has shared multiple times in public, he was persuaded by his mother to return to India with an assurance that till she was alive, he would never have to starve!

But around the same time that Ella returned from US, an Indian Hepatitis B vaccine came into the market, developed by another Hyderabad-based company, Shantha Biotechnics, whose story is not very different from that of Bharat Biotech. Like Ella, Shantha Biotechnics founder K Varaprasad Reddy was born in an agricultural family, studied science and engineering, worked in a private company, went abroad for higher studies, and returned to set up a successful company of his own. He even has a similar story of attending a conference where he is supposed to have heard snide remarks about India unable to develop a vaccine on its own.

Shantha Biotechnics was started in 1993 and is generally acknowledged as the first Indian biotechnology company with a real R&D base. By 1996, it had delivered a Hepatitis B vaccine, Shanvac-B, helped in no small measure by India’s lenient patent regulations of the time which only allowed process patent and not product patent. That meant that a company could manufacture the same product by using a different process — the reverse engineering that had helped so many other Indian pharmaceutical companies to produce generic drugs.

In an India that was still taking its first step towards creating the right environment for private enterprise, the indigenous development of a vaccine by a new company was a big deal, and for several years after that, till it was eventually bought over by Sanofi in 2009, Shantha Biotechnics was the poster child of India’s biotechnology sector, regularly featuring even in government literature as one of the success stories from India. In a way, Shantha Biotechnics also showed the way for companies like Bharat Biotech, though they would be close competitors.

Ella returned to a Hyderabad that was going through a political transition. N Chandrababu Naidu had just managed to grab power after revolting against his father-in-law, the immensely popular N T Rama Rao, and was selling the promise of making Hyderabad the new technology capital of the country. He built a lot of infrastructure to invite global multinationals, and was very encouraging to people wanting to start businesses in Hyderabad.

It was against this background that Bharat Biotech was set up in 1996, with the first goal of producing an indigenous Hepatitis B vaccine that was even cheaper than Shanvac-B.

“This was a huge milestone as Bharat became the first company in the world to produce a cesium-free Hepatitis B vaccine at an affordable price when a multinational was selling that vaccine for Rs 1,400 per dose,” Ella told The Sunday Express in an interview.

The Telugu Desam Party administration, receptive to new ideas, also welcomed Ella with open arms. Many believe it was Ella who gave the idea of Genome Valley to CM Naidu. A technology park, it now houses more than 100 firms, research centres and manufacturing units, most of them working in the biotechnology sector, from small incubators testing out new ideas to giant multinationals like Novartis, Bayer and Merck.

But others point to the role of two IAS officers of that time — Sheila Bhide and B P Acharya. Aiming to recreate an environment similar to Silicon Valley in the US, the two are said to have given shape to Genome Valley with the backing of their political bosses.

Bharat Biotech was one of the first companies to move into Genome Valley. “It is impressive… the physical infrastructure that Bharat Biotech has built. A biotechnology company is not easy to run. You need sensitive, sophisticated technology, advanced laboratories, and manufacturing units, none of it comes cheap. And there is a lot of risk as well. Vaccines are an uncertain business. To its credit, Bharat Biotech has built world-class facilities,” says a senior scientist with a government laboratory.

As the company began to diversify its product portfolio, it produced vaccines for rabies, polio, Japanese encephalitis, H1N1 influenza, and also worked on a malaria vaccine which did not become successful. Today, the company has a basket of more than 15 vaccines in the market.

After the rotavirus vaccine, the biggest success came in the form of a typhoid vaccine, which was commercialised two years ago. Based on an innovative technology, it is the first and only typhoid vaccine in the world that can provide long-term immunity against the disease. This vaccine is approved by WHO as well for global use.

Meanwhile, Bharat Biotech has also forayed into the animal vaccine market, and set up a separate company, BioVet, which operates out of Bengaluru. It produces vaccines for the foot and mouth disease, one of the most common ailments in domestic animals. It is equipped with a BSL-3 (biosafety level 3) production unit, and BSL-3 animal facility, incorporating the highest level containment features. Then there is another sister company, Century Biologicals, that does food packaging. It has one of the biggest irradiators in the country to sanitise food packets.

Yet another company is engaged in carrying out pre-clinical toxicology studies and testing of vaccines and drugs on animals.

The development of Covaxin, particularly the haste around it, has drawn Bharat Biotech into a row Ella has contested as unwarranted. If an impossible deadline of August 15, 2020, for an indigenous vaccine was the government’s first announcement, the regulatory approval to Covaxin without efficacy data from Phase 3 trials — though to be used only in “clinical trial mode” — has brought the company that has largely worked in the background unwanted attention.

The coronavirus vaccine is most likely to be manufactured at its unit in Hyderabad, which too is BSL-3 certified. The company also recently bought a manufacturing facility near Mumbai, which was let go by another company. A new manufacturing facility is coming up in Bhubaneswar to cater to volumes. Even the facility in Bengaluru can be converted quickly for human vaccines.

A retired scientist from a prominent government laboratory, who has occasionally advised Ella, said he sees these facilities as national assets. “Even in private conversations, he is fond of saying that he is doing all this for the country,” he said.