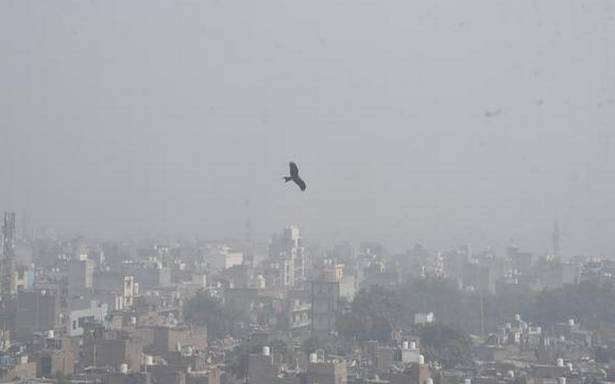 Protecting children from “breathing toxic air” was of paramount importance to the Delhi Government, Chief Minister Arvind Kejriwal said on Saturday after chairing an emergency meeting over the grave pollution situation in the Capital.

In the meeting it was decided that physical classes will be shut at both Government and private schools for a week and education of children will continue online, Mr. Kejriwal’s office announced.

All Government offices will be closed for one week in a bid to reduce vehicular traffic. Construction activity will be prohibited for three days between November 14 and 17 as weather forecasts are indicating a “fatal pollution situation” during the period.

Mr. Kejriwal said the Delhi Government was drafting a proposal on whether a lockdown could be imposed in the city and it would be placed in front of the Supreme Court after consulting all the stakeholders, including the Centre and the agencies under it.

“The pollution levels have significantly risen in Delhi in the past few days. The data at hand clearly state that air wasn’t as polluted prior to September 30 and was within the ‘satisfactory’ level even on bad days. Till September, the AQI was around 100, but since then it has been steeply rising,” Mr. Kejriwal was quoted as having said at the meeting.

“This is happening primarily because farmers in our neighbouring States have been forced into a situation where they have to burn their stubble. However, the Delhi Government does not intend to waste crucial time in this situation by entering into a blame game,” he said at the meeting.

The sole motive of the Delhi Government at this juncture, he said, is to “overcome the emergency-like situation and protect the people of Delhi, especially children”.

“A suggestion propped up during the (Supreme) Court hearing on whether Delhi can impose a complete lockdown to tackle the pollution situation…We are drafting a proposal on this and will place it in front of the court in the next hearing. This will be the most extreme step if at all it is taken, so all agencies concerned with the matter will be consulted at length first,” he said.

The Opposition parties — BJP and Congress — took the opportunity to accuse the Delhi Government of having done nothing to prevent the situation from deteriorating to the level it had.

Delhi BJP president Adesh Gupta said every October the Delhi Government comes up with a “pollution control plan which mainly charges the Haryana and Punjab Governments for the situation due to stubble burning”.

“It is because of laxity of the Kejriwal Government that Delhi has now become a gas chamber. It is all due to his lax attitude that Delhiites are now having throat problems, burning eyes and other serious problems,” he alleged.

11/13/2021 India Comments Off on Need to protect children from toxic air: CM
India