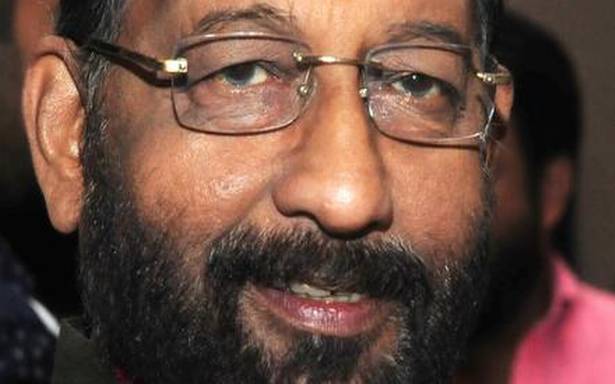 Nedumudi Venu was perhaps the last among a bunch of actors, including Thilakan, Bharat Gopi and Oduvil Unnikrishnan, who were the mainstay of Malayalam cinema in 1980s and 90s with an array of unforgettable character roles

In one of the memorable scenes from the 1987 film Sarvakalashala, the college student Lal, played by Mohanlal, tells the free-spirited poet Siddhan Aashan, played by Nedumudi Venu: “If Aashan leaves from here, my beat would become like that of a dead body. I want that other beat, the rhythm of life.” The scene leads into Aashan’s rendition of ‘Athiru Kaakkum Malayonnu Thuduthe’ in Nedumudi’s own folksy voice.

That scene perhaps gives a hint of what Nedumudi Venu was to Malayalam cinema, someone with deep links to its cultural ethos, its traditional art forms and literature, someone who imbibed the rhythm of life in Kerala’s rice bowl Kuttanad and brought that sense of rhythm into his performances, which ranged from absurdly comical to deeply moving.

The actor, who passed away at the age of 73 on Monday, was someone who often managed to break the boundaries of the classification of ‘character actor’, under which he was bracketed in. There is not one quintessential Nedumudi Venu role, for, in his heydays, he was unrecognisable from one role to the next — a lecherous, petty thief in one and a kind priest or musician in another.

Born as the youngest of five sons of P.K. Kesavan Pillai and Kunjikutti Amma in Alappuzha district’s Nedumudi, a backwater village that would later be more known after him rather than the other way around, Venu took to acting quite early in his life, scripting and acting in plays during his school days at the NSS School in Nedumudi and St. Mary’s Higher Secondary School in Champakkulam. During his days at S.D. College in Alappuzha, he teamed up with his classmate and filmmaker Fazil for dramas and mimicry performances.

One of those performances brought him in touch with Kavalam Narayana Panicker, in whose troupe he became a member, acting in landmark plays, including Avanavan Kadamba and Deivathar. For daily survival, he took up a part-time teaching job as well as journalism, writing stories on some of the lesser known folk artistes and on those in the lower rungs of the film world.

His film debut came in G. Aravindan’s Thambu in 1978. He perhaps showed the first signs of his brilliance a year later, as Chellappanshari in Padmarajan’s Thakara. The kind of roles he received also has to do with the time he came into Malayalam cinema. The Malayalam middle cinema was just taking off, with Venu becoming a regular presence in the films of K.G. George, Padmarajan and Bharathan. Yet, at the same time, he remained an unavoidable component for mainstream Malayalam cinema too.

He began playing characters way beyond his age quite early in his career. Padmarajan cast him in the role of a middle-aged tailor in Oridathoru Fayalvan in 1981 after seeing his performance as the old Kaalan Kaniyan in the play Deivathar. Venu was only around 30 at that time. Three years later, he played a rather naughty retired man in Priyadarshan’s Odaruthammava Aalariyam and a scheming old politician in K.G. Goerge’s Panchavadippalam.

One of his most memorable roles came in 1981, as the eponymous thief in Padmarajan’s Kallan Pavithran. The supporting role as Udaya Varma Thampuran in His Highness Abdullah in 1990 fetched him a national award. That year also witnessed Bharatham, one of the highest points of his career where he played a Carnatic vocalist who slowly loses his music to his drinking habit. Both these films as well as Chithram in 1988 had him sharing the spotlight with Mohanlal, and holding his own. The chemistry he shared with Mohanlal was also quite evident in films such as Orkkappurath and Thenmavin Kombathu.

In later years, he was seen more in the role of elder patriarch of the family, almost getting typecast in it. But, he did continue to spring surprises, like he did in the ‘Rani’ segment in Aanum Pennum earlier this year, which had him a short but impactful role as a crooked old man. He also essayed notable roles in Tamil films, including S. Shankar’s Indian and Anniyan.

He was also an accomplished percussionist who was equally good at Mridangam, Ghatam and Idakka, and a singer, with his renderings of poems and folk songs having a popular following, be it ‘Athiru Kakkum’, ‘Verumoru Moshtavaya’, ‘Aalayal Thara Venam’ and the song ‘Iru Thala Pakshi’ with singer Job Kurian. His grounding in music lent his acting performances in song videos that extra touch of authenticity, be it singing ‘Aandolanam’ in Sargam or playing the Mridangam in the song ‘Swamintha Paripalaya’ in Chithram.

Nedumudi Venu was perhaps one of the last among a bunch of actors, including Thilakan, Bharat Gopi and Oduvil Unnikrishnan, who were the mainstay of Malayalam cinema in the 1980s and 90s, with a wide array of unforgettable character roles. Like each one of them, Nedumudi Venu is irreplaceable.