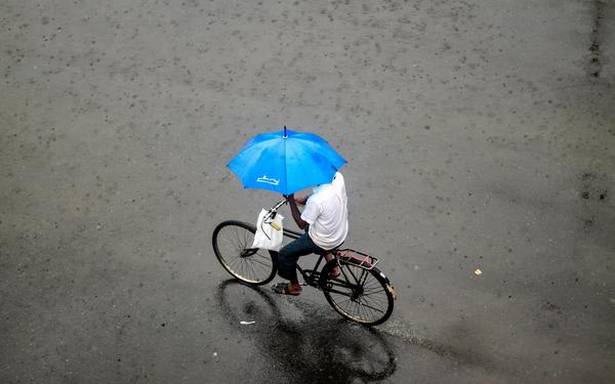 An official statement issued by the NDRF said four of its teams have been deployed in Mumbai, and one each in Thane and Palghar districts

The National Disaster Response Force (NDRF) has deployed nine rescue teams in Maharashtra, including four in Mumbai, after heavy rains caused flooding in some coastal areas of the State on July 22.

Mumbai, its neighbouring Thane and Palghar and other districts in the Konkan region have been witnessing heavy downpour since the last few days, leading to inundation at several places and disruption of rail and road transport services. Water level of many rivers has risen and crossed the danger mark at some places.

An official statement issued by the NDRF said four of its teams have been deployed in Mumbai, and one each in Thane and Palghar districts.

One team will reach Chiplun town in Ratnagiri district by late afternoon.

Besides, two teams have been sent to Kolhapur district. One of it will undertake rescue or preventive evacuation in the flood-prone Shirol tehsil, while the other one will conduct rescue work in Kolhapur city, the NDRF said.

Some villages in the Sahapur taluka of Thane were marooned, a local official earlier said, adding that authorities with the help of the NDRF rescued hundreds of people from those places.

Various places in Vasai, Virar and other locations in Palghar also witnessed flooding, but no loss of life was reported so far, officials said.

The Modak Sagar dam at Sahapur in Thane started overflowing in the early hours of Thursday and two of its gates were opened to release the water, the district administration said.

Train services of the Central Railway in the Kasara Ghat section of Thane and near Lonavala hill town in Pune district adjoining Mumbai were severely affected after heavy rains caused flooding, washing out of tracks, boulder crashes and mudslides in that region, officials said.

Besides, train services on the Konkan Railway route in Ratnagiri were also suspended in the morning after a river overflowed following heavy rains in the area, they said.