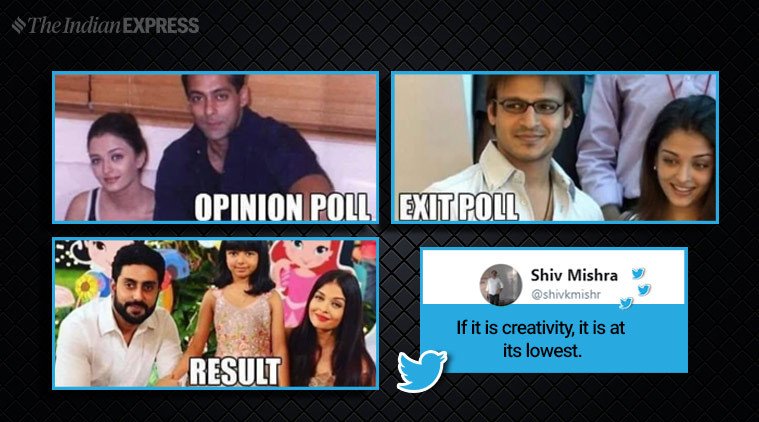 Vivek Oberoi drew flak for the tweet with many saying it was “in bad taste” and “disrespectful towards women”. The National Commission for Women (NCW) has issued a notice to actor Vivek Oberoi after the actor tweeted a meme that has come under severe criticism.

Oberoi drew flak for the tweet with many saying it was “in bad taste” and “disrespectful towards women”. Actor Sonam Kapoor Ahuja described the tweet as “Disgusting and classless” while retweeting a journalist’s post on it. Maharashtra State Commission for Women chairperson Vijaya Rahatkar said the tweet was “not creative but offensive towards women”. “An actor of his stature has some responsibilities to maintain. We have taken cognisance of his tweet and will soon seek a response from him,” she said.

NCW chief Rekha Sharma took to Twitter to slam Oberoi and the panel followed it up by sending an official notice to him, demanding an explanation for the “misogynistic post” which, it said, is “extremely offensive, unethical and shows disrespect towards the dignity” of women.

Filmmakers Madhur Bhandarkar and Ashoke Pandit, too, criticised Oberoi for the tweet.

Speaking to ANI, he said, “People are asking me to apologise. I have no problem in apologising, but tell me what wrong have I done?… I don’t think I have done anything wrong…Someody tweeted a meme and I laughed at it.”

The actor further said, “I am waiting for the notice from Maharashtra Women’s Commission and the NCW. I would also like to meet them and give an explanation because I don’t think I have done something wrong.”

The Omung Kumar B-directed Modi biopic is scheduled to be release on May 24.