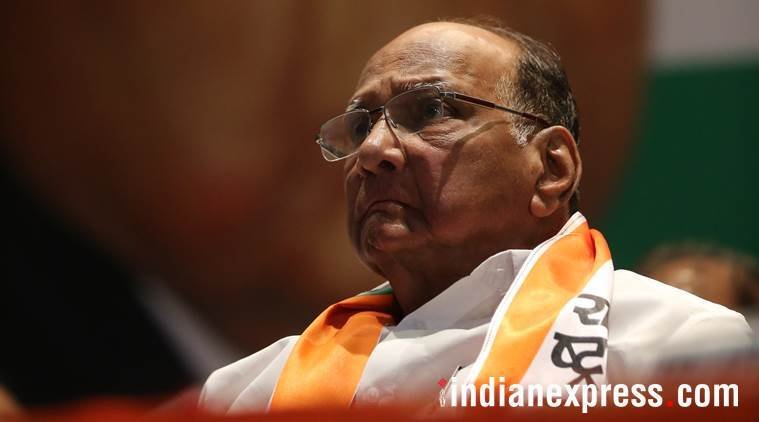 In 2014, amid Modi wave, the NCP had won four seats in Maharashtra and a seat each in Bihar and Lakshadweep. Its best performance since its formation in 1999 came in 2009, when it had won nine seats. With NCP chief Sharad Pawar trying to stitch a motley alliance of anti-BJP parties at the national level, his own party wanted to improve its tally this time, but could win only five seats, one less than in 2014.

In 2014, amid Modi wave, the NCP had won four seats in Maharashtra and a seat each in Bihar and Lakshadweep. Its best performance since its formation in 1999 came in 2009, when it had won nine seats.

This time the party, which had joined forces with the Congress and some smaller parties in Maharashtra, could again win only four out of 19 seats it fought in the state.

It managed to retain the Baramati and Satara constituencies but failed to hold onto Kolhapur and Madha.

However, it added two new seats to its kitty, snatching Shirur and Raigad from the Shiv Sena. Elsewhere the NCP finished second.

The Pawar-led party garnered 83.87 lakh votes (or 15.5 per cent of the total votes polled) in Maharashtra which sends 48 MPs to the Lower House. It also retained Lakshadweep seat, where its candidate got 22,851 votes.

“The dominant issues of these polls turned out to be nationalism and an undercurrent of religious sentiments, and not the agrarian crisis, unemployment and economy. Secular parties failed to counter the narrative set by the BJP,” a senior NCP leader said, requesting anonymity.

“It played spoilsport at several places,” the leader said.

Another NCP leader, who too did not wish to be named, said disunity within the state Congress undercut the alliance. The Congress won only one seat, Chandrapur, in Maharashtra.

“State Congress leaders did not put up a united front. Its performance reflected this,” the leader added.

Results of the Lok Sabha election in Maharashtra is a wake-up call for anti-NDA parties ahead of the Assembly polls which are due later this year, he said.

The BJP-Shiv Sena won 41 out of 48 Lok Sabha seats in the state this time.